Your Future, Your Super performance test could put funds in ‘precarious situation’

The Your Future, Your Super performance test could put a number of superannuation funds at risk according to implementation manager, Parametric.

Parametric claims that 20 per cent of super funds may fail the test in any given year and there is a probability that around two-thirds will fail it again.

“Our analysis shows that even failing the test once puts a super fund in a precarious situation,” Whitlam Zhang, manager research and strategy at Parametric, said.

“The probability of a second failure is very high because the next performance test will include 87.5 per cent of the same data – that is, seven of the eight years being measured will be the same.”

Under the performance test, the Australian Prudential Regulation Authority will construct an individual benchmark for every MySuper product based on the product’s asset allocation. Each product will then be compared against its benchmark.

Products that underperform their net investment return benchmark by 0.5 percentage points per year over an eight-year period will be classified as underperforming.

“It will require quite a performance turnaround the next year to bring the fund back to safer ground,” Mr Zhang said.

“Any fund whose strategy is to rely on their brand strength and member loyalty to survive the occasional single failure should think twice.”

Mr Zhang added that funds can avoid failing the test by either decreasing its level of tracking error or increase its expected information ratio.

“The good news is that tracking error is within the control of a super fund,” he said.

“While it cannot be controlled to a fine degree, it can be dialed up and down.”

The analysis comes only weeks after specialist consulting firm Right Lane warned that the legislation could lead to “uncompetitive outcomes” in the superannuation system and result in the domination of mega funds.

“The recent reforms are aimed at addressing structural flaws in the system such as multiple member accounts and fund underperformance. However, the changes will disproportionately affect small and medium-sized funds, challenging their viability and potentially forcing them out of the system,” Right Lane associate principal, Abhishek Chhikara, said.

“This could lead to a system dominated by mega funds, with no room for quality specialist funds.”

Your Future, Your Super performance test could put funds in ‘precarious situation’

The Your Future, Your Super performance test could put a number of superannuation funds at risk according to implementation manager, Parametric. 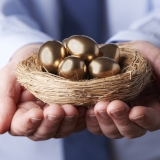