First Super will not make any new investments in private equity, and has placed its existing $100 million dollar private equity program into review over concerns over “poor labour practices”.

The super fund said it had concerns regarding a number of companies it was invested in through private equity funds, in particular Urban Purveyor Group, OSH Club and Aero-Care, the latter of which was “at the centre of the Sydney Airport ground staff wages and conditions scandal”.

First Super chief executive Bill Watson said the fund was “extremely concerned” at its exposure to risk through companies using enterprise agreements that “have lower wages and conditions” than the relevant modern award.

“Businesses based on unsustainable labour costs or challengeable industrial arrangements pose a high risk of a permanent adverse movement in labour costs, potentially impacting on returns,” he said.

“Furthermore, where employees are denied a living wage, there is a risk of workplace injuries due to fatigue through excessive hours or high turnover.”

Mr Watson said the fund was “not interested” in investing in companies that operated under these models and that the current private equity program could be wound up as a result of the review.

Last year, the fund spoke to equity fund managers and ACSI to voice its concern over similar wage risks associated with companies operating under a franchise model.

Changes to distribution leadership at Vanguard 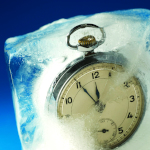