New oil shocks could bring the world to its knees

The US is less dependent on Middle Eastern oil than ever before, and that’s a big problem for the rest of us.

It’s well understood that a butterfly flapping its wings in the Middle East can cause massive oil price fluctuations on the other side of the world. The 1973 oil crisis – when members of the Organisation of Arab Petroleum Exporting Countries (OAPEC) placed an embargo on oil exports to countries perceived to support Israel – saw oil become so prohibitively expensive that people were famously able to picnic on deserted highways.

The US was hit particularly hard, with the oil shocks contributing to the stagflation that ravaged the country through the 1970s. But more than a decade on from the invasion of Iraq and the removal of Saddam Hussein, the US now produces over 13 million barrels a day, and the Middle East exports more oil to Asia than anywhere else.

America’s decreased reliance on oil means it’s less likely to get involved in the region’s many geopolitical spats. The assassination of Qassem Soleimani was startling because it was such a drastic escalation of tensions, but America has historically been very comfortable with taking similar action against Middle Eastern powers – even those it suspected of having actual weapons of mass destruction. And the US opted not to escalate the situation when Iran lobbed several dozen missiles at its bases in Iraq.

What all of that suggests is that the US can no longer be counted on to intervene in the Middle East, and so it can no longer be counted on to guarantee the rest of the world access to Middle Eastern oil. In an era when global growth is being increasingly driven by Asian countries – and particularly by China, with which the US has a rocky relationship – one of the key drivers of that growth is now a lot less secure.

And oil is now more a target than ever, especially in the sectarian conflicts that dominate Middle Easter geopolitics. In 2019, a relatively low-cost attack bankrolled and supported by Iran almost halved Saudi Aramco’s production for a period of weeks, embarrassing Crown Prince Mohammed bin Salman as he was trying to drum up interest in the world’s biggest IPO. Iran has also shown that it is willing and able to halt the passage of oil tankers through the Strait of Hormuz, through which more than a fifth of the world’s oil travels.

If the oil supply were to become restricted – either through political action or physical attack – it could have far-reaching implications for already slowing global growth. And while the renewables industry is shaping up to replace a large number of fossil fuels, that won’t happen for decades. While it’s undeniably a good thing that America is no longer displaying the gung-ho “let’s roll” attitude that has seen them destabilise countless petrostates, it’s bad news for a world that still runs on oil.

But who knows? After all, it is an election year.

New oil shocks could bring the world to its knees

The US is less dependent on Middle Eastern oil than ever before, and that’s a big problem for the rest of us. 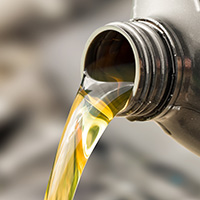