Trump makes a deal, but loses the war

President Donald Trump is set to sign a phase one trade deal on 15 January. But will it change anything?

The much-touted phase one deal will be signed and go into effect on 15 January. A round of tariffs set to go ahead on 15 December now won’t, and tariffs imposed in September have been halved. China will buy $50 billion of American agricultural and manufactured products (something that will likely impact Australian exports) and has pledged to institute greater intellectual property protections.

It’s hardly an emphatic end to the trade woes that have wracked the world for the last year or so, but it’s something that both President Trump and President Xi Jinping need. Mr Trump gets to take the deal to the election, shoring up his chances of another term; Mr Xi can put pork back on the table amidst the swine flu apocalypse while giving the world the impression that China might toe the line in the future (unlikely).

While Mr Trump claims that work has already begun on a phase two deal (trust a TV host to plan for a second season), it’s likely that what can be accomplished now has been. Further negotiations will be substantially thornier, and are likely to cut closer to the role that China’s state-owned enterprises (SOEs) have played in the country’s economic primacy in the 21st century.

Now that Mr Xi is president for life – the Communist Party of China abolished term limits in 2018 – it’s unlikely that he’ll be as open to the short-term rewards of a minor trade deal in the future. And with China aiming to be the world’s largest high-quality goods producer by 2050, it remains to be seen whether the country will walk the walk on the promised IP protections.

The commitments made in the deal are by no means binding, and some of them are fairly steep – $50 billion is a lot of money, no matter how you cut it. While Mr Trump can impose punitive tariffs, the potential for further impacts on his voter base means that any decision to use them won’t be made lightly.

The trade war is over, and China won.

Trump makes a deal, but loses the war

President Donald Trump is set to sign a phase one trade deal on 15 January. But will it change anything? 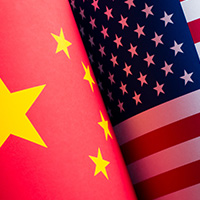