A global KPMG survey into fraud has found that, around the globe, banks are experiencing an increase in fraudulent activity with most losses unrecoverable.

The Global Banking Fraud Survey is the first one done by consulting firm KPMG and has found a massive increase in fraud attempts over the years.

The survey was conducted across 43 retail banks worldwide, with eight being from Australia, and 60 per cent of respondents had experienced an increase in fraud volume.

“We are seeing a disproportionately high volume of scam attempts on Australians – there were 177,000 scam reports here last year, costing almost half a billion dollars. This compared to around 85,000 scam reports in the US and UK, with far bigger populations."

Respondents noted an increase in external fraud typologies including identity theft and impersonation fraud by 38 per cent of respondents felt the dollar value of each fraud had decreased and 21 per cent felt it had stayed the same.

However, over half of all respondents stated fraud recoveries were less than 25 per cent of losses, demonstrating the importance of prevention over recovery.

Throughout the regions, cyber and data breaches were the number one challenge reported by the financial institutions. And in the Asia Pacific, the other four challenges were social engineering, faster payments, evolving digital channels and open banking.

“Fundamentally, financial institutions need to understand the digital transformation that is happening rapidly all around us, appreciate the evolving fraud risks arising from this rapid change, and design a fraud risk management framework that is able to mitigate these fraud risks in a sustainable, effective and efficient manner,” said Lem Chin Kok, forensic lead, Asia Pacific for KPMG Singapore.

Cyber and data breaches are nothing new for the industry and are indeed a challenge for most organisations as hackers have proven by hacking into big brands like Yahoo, Facebook and eBay.

The second challenge noted by Asia Pacific was social engineering, which comes through the method of investment or romance scams as one option.

This is a particularly pronounced issue in Australia with the ACCC Scamwatch reporting investment scams and romance scams being the most financially harmful scams in Australia, increasing by 34 per cent to $86 million last year.

As KPMG noted, these scams were particularly hard to prevent as it is often the customer accessing their own account to send money and, in many instances, are adamant the payee is reputable.

Despite the major banks having less than a week to enable open banking, it was considered a major challenge by financial institutions across the globe.

Despite the unlikeliness of open banking being enabled within a week, the reform does present a change to fraud risk management as more payments will be made through digital channels and banks will rely on third parties to protect customer informed through APIs.

KPMG said banks needed to enhance their ability to analyse big data within the environment and to allow navigation through APIs.

More sophisticated fintech providers are emerging to help banks better identify and mitigate risks, and many Aussie banks are setting up anti-scam departments to work in parallel with anti-fraud, the survey found.

“Fraudsters are creatively finding new ways to steal from banks and their customers, increasingly switching from account takeover to scams - manipulating and coercing customers into providing access to their bank account or into making payments to the fraudsters,” said Ms Faulkner.

Banks needed to be aware of the risks the digital world brought and constantly work towards providing a safer platform for their customers, said Ms Faulkner.

“Banks need to be agile to respond to threats and embrace new approaches and technologies to predict and prevent fraud.”

A global KPMG survey into fraud has found that, around the globe, banks are experiencing an increase in fraudulent activity with most losses unrecoverable. 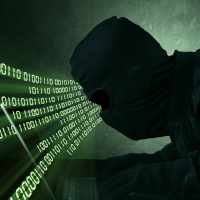