One fintech leader has suggested that the open banking delay will continue due to the major banks not wanting to face the challenge.

Andy Taylor, chief executive of fintech Douugh, has said that major banks are bogged down by legacy systems, which was part of the challenge, but the skeptic in him had another thought.

“Who has the most to lose by open banking and it’s the majors, so are they going to want it quickly? Of course not,” he said.

Mr Taylor said that Douugh started life off as an innovation project for a major bank before expanding to the US due to its forwardness on open banking.

“We were almost forced to look into America because they were leading the way on open banking albeit it not through regulation. They just got on with it, which is interesting if you look at the state of America in financial services,” said Mr Taylor.

Douugh is getting ready for an ASX listing, thanks to a strategic partnership with Monex, and Mr Taylor believes listing will enable the company to access the best capital while staying in Australia.

“We want to stay in Australia and show the world that we can export good technology from this region. For us, it was the much better strategy,” he said.

Mr Taylor said that Douugh set out not to be a bank but instead be a true fintech focused on the customer from the very start.

“Our model here is that we are direct to consumer, we are issuing a bank account and debit card under the Douugh brand proposition to customers.

“In that view, we are viewed as a neobank because we are looking at accepting deposits straight from customers,” he said.

The key difference was that Douugh was not bogging itself down with becoming a licensed bank, said Mr Taylor, and would instead partner with banks to offer those deposits.

“We are partnering with one bank in each country that can provide us with their licence and the ability to take deposits under a white label arrangement.

“But our customer deposits are held by that bank on their balance sheet and protected, we are not holding these funds,” he said.

The idea behind the model, said Mr Taylor, was the banking had a business model problem with a focus on net interests and not the customer.

“If we’re going to innovate on the business model, that means we have to act like a software company and be a platform and not get bogged down by becoming a licensed bank and having to think and operate like a bank,” he said.

The idea of partnering with a smaller bank has been done most recently by UP bank, which is the product of Adelaide and Bendigo banks.

Regional banks have the most to win from fintechs, given the challengers the sector is facing due to consolidation and the inability to compete with the majors on technology.

“They (regional banks) are looking at the market and saying, ‘Well the only way we can stay relevant in this new world is becoming more of an infrastructure play, sweating our asset and working with fintechs to acquire new customers’, and whilst they don’t own those customers in terms of a relationship under Douugh, they still get the deposit flow,” Mr Taylor said. 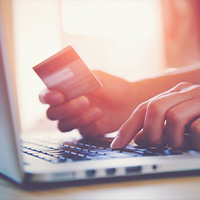