More than half of Australians (58 per cent) are using fintech products and services, a substantial increase from two years ago, according to a recent survey by Ernst & Young.

The EY Global FinTech Adoption Index 2019 has noted that Australia is now sitting slightly behind the global consumer uptake average of 64 per cent.

The Australian adoption rate is up from 37 per cent in 2017.

Globally, SME fintech adoption is at 25 per cent, with China leading at 61 per cent, followed by the US at 23 per cent.

Meredith Angwin, fintech advisor at Errnst & Young Australia, said Australia has dipped under the global average despite starting from a higher base than many other Asian markets.

“Although our incumbent financial institutions have begun embracing fintech, their current offerings in this space lag behind what we are seeing in some other markets and this has likely had an impact on our overall ranking,” Ms Angwin said.

“However, we expect this to change as more challenger fintechs continue to come into the local market and the major players step up their innovation agendas in order to remain competitive and address evolving consumer demands.”

The index is based on an online survey of 27,000 digitally active consumers across 27 countries, as well as a survey of 1,000 SMEs using fintech services in China, the US, the UK, South Africa and Mexico.

EY said user adoption has doubled across the Asia-Pacific region and, in some cases, even tripled across key markets in two years, with Hong Kong, Singapore and South Korea now all sitting at 67 per cent.

China and India were cited as having the highest rate of consumer fintech adoption globally at 87 per cent.

According to EY, customer expectations have evolved, causing disruption and innovation in the financial services industry.

“Traditional banks, insurers and wealth managers are disrupting their own propositions by offering digitally accessible and technology-forward services,” EY noted.

The survey found that 37 per cent of consumers preferred non-financial services companies for peer-to-peer or online short-term loans as investments.

The research showed that in consumer priorities, price came first for the majority, with 27 per cent of customers choosing it, followed by 20 per cent picking ease of opening account when selecting a fintech service.

The index also found that globally, an average 89 per cent of consumers are aware of the existence of in-store mobile phone payment and 82 per cent are aware of peer-to-peer payment systems and non-bank money transfers.

“As mainland China continues to lead on consumer and SME-focused financial services innovation, the inspiration from Chinese fintechs is increasingly permeating across the region,” he commented.

“This influence can be seen in the response of incumbent institutions seeking to build out their own fintech-inspired propositions, as well as increased regulatory support for non-traditional challenger players across banking, insurance and wealth management.” 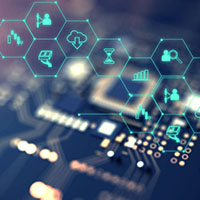