Mobile most popular channel for banking

Mobile banking was found to be the most rapidly growing banking channel in new research, with around double the number of Australians using it over a four-week period in comparison to those who visit branches.

Roy Morgan said around 44.7 per cent of Australians use mobile banking in an average four weeks, in contrast to only 22.9 per cent who use branches.

The researcher added around two-thirds (65 per cent) of the population now either use mobile or internet banking over a month, Roy Morgan said, showing an upward trend.

According to Roy Morgan, satisfaction with mobile banking users was also the highest of any channel, coming to 89.3 per cent in January, compared to 85.2 per cent for branches, personal bankers and advisers achieving 81.2 per cent and 77.2 per cent for phone banking.

All of the big four banks’ customers had higher satisfaction with mobile banking than those using branches on average.

Internet banking users also were found to have higher satisfaction than those using branches but on average remained a little below that of mobile.

“Despite a decline in satisfaction with banks over the last year, their customers still have higher satisfaction levels than they have averaged over the last two decades, highlighting the importance of understanding long-term trends,” Norman Morris, industry communications director Roy Morgan said.

“The extensive negative publicity over the last year given to the big four in particular as a result of the finance royal commission appears to have had a negative impact on their satisfaction levels but this appears to be abating.

Commonwealth Bank of Australia (CBA) had the highest rating of the big four for digital banking, achieving satisfaction of 91.7 per cent for mobile and 88.8 per cent for internet.

Under internet, Westpac followed close behind CBA with 87.7 per cent satisfaction, while NAB was on par with the market average of 87.7 per cent and ANZ was slightly below at 85.3 per cent.

National Australia Bank (NAB) had the highest score for branches out of the big four at 87.1 per cent, followed by CBA at 84.9 per cent, with Westpac trailing close behind at 84.7 per cent and ANZ posting 81.2 per cent.

Mobile most popular channel for banking 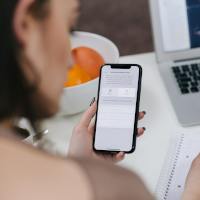