Tech giants are a drain on growth: Morphic AM

The monopolies being established by the likes of Facebook and Google are acting to destroy growth in the global economy, says Morphic Asset Management.

Despite the buzz about the benefits of technology, the biggest companies in Silicon Valley are becoming entrenched monopolies that are acting to hinder economic growth and productivity, says Morphic Asset Management joint chief investment officer Chad Slater.

In a note titled The end of creative destruction: How Facebook and Silicon Valley Destroy Growth, Mr Slater played down the "breathless" excitement about start-ups and innovation currently pervading investment markets.

"Trend productivity has fallen from 1 per cent to 0.3 per cent per annum. This may seem small, but over 10 years that difference equates to a country the size of Japan 'disappearing' from the world economy," said Mr Slater.

The main problem with Silicon Valley is that the largest players have become so large they have become monopolies, said Mr Slater.

"And when businesses become monopolies they stop innovating and spend more time defending what they have – through litigation or through buying out competitors," he said.

Mr Slater pointed to US Bureau of Labor Statistics data that indicates employment by smaller companies is diminishing, not increasing – which "would seem to be at odds with all this talk of venture capital and start-ups".

As for a solution, a Trump administration that is genuinely concerned about job creation would be well served to break up Google and Facebook, said Mr Slater.

"Sadly, I think this is quite unlikely as the administration sees any form of regulation as bad. For equity investors it means that returns stay high in those businesses, paid for with the cost of lower growth across the rest of the economy, which ultimately comes at a high cost to the economy," he said.

Tech giants are a drain on growth: Morphic AM 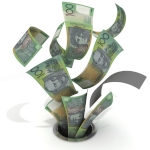