Australia’s super funds are consolidating at their fastest rate in years, but regulators are keeping watch.

Speaking to nestegg, a spokesperson for the Australian Competition and Consumer Commission emphasised that the ACCC will consider any future consolidation on a case-by-case basis.

According to APRA, the number of regulated superannuation funds in Australia has fallen from 279 in 2013 to 170 in 2021.

Meanwhile, a 2018 report by KPMG predicted that the super industry would halve through consolidation by 2028.

The ACCC said that when it comes to future mergers in the super space, the regulator will “consider conducting a public review, depending on the facts, including the funds’ market shares (in terms of member numbers and assets under management).”

As with other mergers outside the super space, the ACCC said that a test will be applied measuring the potential gains for consumers against “whether the merger would be likely to substantially lessen competition”.

The regulator said this assessment will take into account a number of factors, such as changes in fund transparency, performance, fees and whether the merger would have any implications for members looking to switch.

The ACCC is not the only regulator keeping an eye on the superannuation space.

The Australian Securities and Investments Commission (ASIC) is also in the process of scrutinising the growing level of market concentration in the managed fund industry, including superannuation, with a final report on the topic expected later this year.

In its initial outlay on the review, ASIC noted that an uncompetitive market “tends to lead to poorer consumer outcomes in terms of higher fees, lower performance, limited choice and reduced innovation”.

Earlier this year, Right Lane associate principal Abhishek Chhikara warned that the recently passed Your Future, Your Super reforms could accelerate the already high-level consolidation and concentration within the superannuation industry.

While consumers are largely set to win out from the reforms, he said that the changes will have a disproportionate impact on small and medium-sized funds.

“This could lead to a system dominated by mega funds, with no room for quality specialist funds,” warned Mr Chhikara.

Mr Chhikara predicted that the “retailisation” of funds could drive up costs and diminish the ability of specialist funds to compete.

According to him: “The changes are likely to solidify the position of a few large, fast-growing funds, with the capability to invest in direct acquisition, the capacity to keep pace with increasing compliance requirements, and the courage to persevere in the face of ever-growing scrutiny.”

“For the rest, the pressures of slowing growth, falling revenues and rising costs may force them into decline.”

Australia’s super funds are consolidating at their fastest rate in years, but regulators are keeping watch. 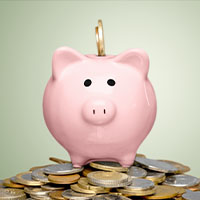