The passage of the Your Future, Your Super reforms hasn’t stopped the stoush between Labor and the Coalition around the merits of the laws, with the opposition’s super spokesman saying Jane Hume needs to “do her homework” on the impacts for workers in dangerous occupations.

In a statement released on Friday, shadow financial services minister Stephen Jones said Jane Hume appeared to be “confused” around whether workers such as bricklayers, labourers and scaffolders would be assured of insurance coverage under the reforms, which staple employees to a single super fund for life.

“This morning Senator Hume told the ABC’s Radio National, ‘there is no reason why anyone should feel that if they have life insurance within their superannuation and they switch jobs that they wouldn’t be covered’,” Mr Jones said.

“Two minutes’ worth of research would have shown that this is not true,” he said, pointing out that super funds including AMP, MLC and Rest had exclusions for dangerous occupations in their default insurance.

“The Minister’s assurances that workers have “no reason” to worry about their insurance cover shows a breathtaking ignorance of the industry she oversees. Funds set up for workers in low-risk jobs legitimately exclude high risk jobs from insurance cover to keep premiums down.

“Is the Minister suggesting all funds now need to include cover for high-risk jobs? If so, she needs to tell workers how much they will be slugged by skyrocketing premiums.”

Construction industry fund Cbus has also criticised the insurance implications of Your Future, Your Super’s stapling provisions, which are due to come into effect on 1 November.

As part of final negotiations around the passage of the bill, Treasury has agreed to a review of occupational insurance exclusions in super insurance, but the fund has said the move “does not negate the fact that once implemented, the government’s ‘stapling’ legislation will lead to serious consequences for workers moving into hazardous jobs”.

Meanwhile, Ms Hume and Treasurer Josh Frydenberg sought to characterise the new laws as “landmark reforms” for the super sector last week, saying they would help “ensure super works in the best financial interest of all Australians”.

In a joint statement released on Thursday, Ms Hume and Mr Frydenberg said the new laws were expected to save Australians $17.9 billion over 10 years, through preventing the creation of multiple super accounts, making it easier to choose a better performing fund and holding funds to account for underperformance.

“The government will require superannuation products to meet an annual objective performance test. Those that fail will be required to inform members and persistently underperforming products will be prevented from taking on new members,” the statement said.

The reforms would also increase accountability by strengthening trustees’ obligations to act in members’ best interest and to provide better information around how they manage and spend members’ money.” 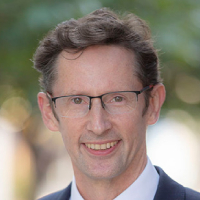