The Australian Institute of Superannuation Trustees (AIST) has criticised draft regulations of the government’s Your Future, Your Super legislation as its passage through Parliament hangs in the balance, saying that the package will “cause more harm than good”.

In a submission to Treasury, the AIST said the legislation – which is currently before the House of Representatives – is too reliant on regulations and that the regulations themselves ignore issues impacting retirement outcomes of Australians.

“In particular, there are no draft regulations at all to provide clarity and guidance around the entire of the Best Financial Interests Duty Schedule, which introduces an extreme Ministerial power to ban investments and extensive new duties and penalties for trustees.”

Though the AIST does support the objectives of Your Future, Your Super, Ms Scheerlink believes the legislation has “fatal flaws”, including having no details on what investments will be prohibited under the regulation-making power and no requirement for super products to be tested, which could result in members being attached to underperforming funds.

“On the one hand we have the industry regulator shining the spotlight on poorly performing Choice products, while on the other, we have legislation that not only allows many of these products to escape scrutiny, but will also staple members to them,” Ms Scheerlinck said.

The AIST’s submission to Treasury comes just a day after crossbench MP Bob Katter said he would not be voting for the legislation, which harms the government’s chances of it passing through the lower house.

Speaking to The Australian Financial Review, Mr Katter said, “I will have very great difficulty voting for a proposal where the Treasurer can veto investments by superannuation companies.

“If you’re a rabid, one-eyed, ringbarking right Liberal, you want to think about this – because if the ALP gets in control, then they have discretionary power to veto investments, which can work very much in favour of trade union-controlled superannuation funds.”

An AIST spokesperson told Investor Daily today that "we are watching the developments in the lower house closely and hope that Parliamentarians agree with us that the package suffers from fatal flaws and, if passed, would result in significant unintended member detriment". 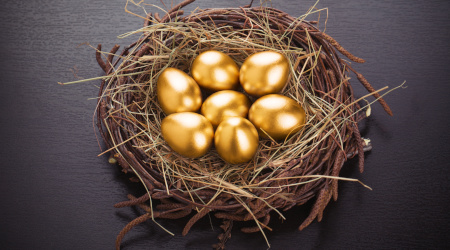