No end in sight for super fight

A barrage of criticism has seen the Morrison government make major alterations to its Your Future, Your Super reforms. But by backing down from a fight, can they really avoid it?

The government’s sweeping changes to the YFYS reforms are likely to be met with much relief from within the superannuation industry. The indices against which funds will be benchmarked have been modified to ensure that allocations to infrastructure don’t see them unfairly penalised, while administration fees will now also be included in the performance test.

But it’s an abrupt about-face for a government that just months ago was insisting that it was impossible to objectively measure the impact that admin fees had on returns.

While it’s the mark of good government that a minister can change their view when the facts don’t agree with it, Ms Hume’s insistence that her statement might as well be orthodoxy – even in the face of the criticisms that had already been voiced and which would be repeated ad infinitum for months – suggests that other forces are also at work.

The government’s recent decision to back down on the superannuation increase would indicate that it believes the window for reform is closing as an election looms. YFYS in its new state is likely to get much wider support from both industry and government, but one sticking point remains: the investment veto power.

“The regulatory kill switch, which would allow the Treasurer of the day to ban any super fund investment or expenditure even if in the best financial interest of members, must be removed from the bill. It is an ideological overreach the government has provided no justification for,” Industry Super Australia (ISA) said, while welcoming other aspects of the bill.

That sentiment has been echoed by other industry bodies, including the Australian Institute of Superannuation Trustees (AIST). AustralianSuper boss Ian Silk also roundly criticised the veto power in an appearance before the Senate economics legislation committee, calling it “frankly bizarre and entirely unjustifiable”.

“The fact that it can be exercised against decisions that have been made in the best financial interests of members suggests that there’s an opportunity at least for a very capricious use of this power. There’s no clear case made out for why this is being introduced,” Mr Silk said.

Given the level of enmity the veto power has generated – and the fact that most funds have signalled they’ll fight it tooth and nail – it’s unlikely we’ll be seeing an end to the super wars anytime soon.

No end in sight for super fight 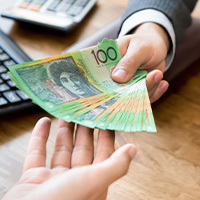