‘The trend must be reversed’: Bragg backs super for home

Senator Andrew Bragg has called for the early release scheme to be expanded to home ownership, saying Australia has lived with the existing system for “30 years too long”.

Andrew Bragg told media that he is “on the side of workers” rather than the vested interests of the superannuation sector and called for Australians to be allowed to access their super for home ownership.

“I will continue to push for more young Australians to have access to their super so they can purchase a first home. Financially and morally we must pursue this. The Big Super lobby and their political subsidiary the Labor Party are against this and are seeking to smear people who argue in favour of home ownership,” Mr Bragg said.

But Mr Bragg acknowledged that super for housing is not a “silver bullet, especially in an overheated property market”. Superannuation minister Jane Hume has previously hosed down the idea, while super fund and independent economists have also warned that it would only inflate house prices further.

While Mr Bragg said that he wasn’t against compulsory savings and warned that people who want to “abolish super only remove themselves from the debate”, he believes that the system as it stands doesn’t work and that it needed a set objective to deliver retirement outcomes for Australians.

“The system doesn’t have an objective: It was drawn up on a napkin in a Canberra pub. The napkin was subsequently lost to history. No modelling was done and no proper policy framework has ever been enacted,” Mr Bragg said.

“Paul Keating gave the keys to the super city to the banks and unions. This was against the advice of the 1976 Hancock Review which recommended a government default fund.”

Mr Bragg also commended ASIC for “finally flexing its muscles” with a series of enforcement actions against super funds while calling on APRA to do more on super funds’ use of member money for advertising.

“We also need to see action on the vain advertising undertaken by Greg Combet at Industry Super. They have spent $50 million on advertising in the last two campaigns and APRA is now conducting an investigation into this expenditure,” Mr Bragg said.

“APRA assured me there would be a report or at least findings into this investigation and the prospect of enforcement or prosecutions. If the sole purpose or fiduciary test has any meaning, APRA will find that political style advertising with Mr Combet’s face is in breach of the rules.”

‘The trend must be reversed’: Bragg backs super for home 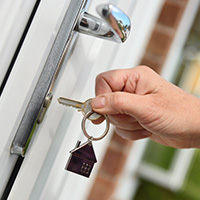