Many super funds will need to “significantly alter” their investment strategy under the Your Future, Your Super (YFYS) performance test, according to new research.

Super fund portfolios designed to meet the YFYS performance tests could have lower expected returns and be less effectively diversified, according to research from the Conexus Institute.

“If trustees continue with their current investment strategy, they expose themselves to a reasonable likelihood of failing the performance test at some point, simply through the short-term randomness of returns,” said Conexus executive director David Bell.

“These trustees would also face the prospect of having to modify their investment strategy in response to short-term performance, creating transaction costs while inadvertently reducing their ability to invest for the long-term.”

The research found that funds would need to limit their total exposure to areas such as unlisted property and infrastructure to around 10 per cent – sectors to which most funds currently allocate more than 20 per cent of their portfolio – in order to have a higher likelihood of passing the performance test.

“The YFYS performance test is well-intended but the design requires improvement. The intention of the test can be achieved without many of the adverse impacts created by the present design. Some well-considered modifications would have a large positive impact,” Mr Bell said.

The performance test has been one of the more controversial aspects of the YFYS laws, with a number of industry groups concerned that funds will be driven towards more passive investment strategies as a result of having to “hug” a benchmark.

“The fascinating thing about benchmarking is that the moment you start measuring someone, the measure tends to influence the way you go about doing what you do,” IFM chief executive David Neal told the standing committee on economics in November. 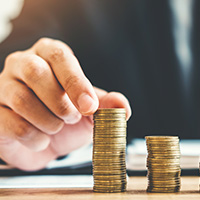