The minister of superannuation has expressed exasperation at how politicised the sector is, flagging her expectations for fierce resistance to the government’s proposed reforms.

Senator Jane Hume, Minister for Superannuation, Financial Services and the Digital Economy, has said that while she has positive relationships with funds, the amenability has not always seemed to translate across to her dealings with industry associations.

Superannuation, according the Minister, has proved to be the “most frustratingly partisan sector of financial services”.

“This is my greatest frustration. I would have hoped that by having somebody that has worked in the industry, and as I say on all parts of the industry, retail and industry super funds, on the policy side, but also on the investment and distribution side – it would help with that conversation to make this… really important policy area less partisan.

“We’re not there yet. But I’m still optimistic. I’m very hopeful that we will make good progress.”

The Minister’s goal for the end of the year is to pass the Your Future, Your Super reforms.

The proposed changes declared with the budget in October include measures around account stapling, performance benchmarking and advertising. As outlined by Ms Hume, the package is expected to benefit members by around $17.9 billion during the next 10 years.

“But like every piece of legislation, even the most logical and practical of changes, we expect it to be fiercely contested,” the Minister said.

Similarly, Ms Hume defended the government’s early release of super scheme, commenting some of the policy’s critics had been “particularly loud and patronising and self-serving, hurling mud from sidelines”.

Shadow treasurer Jim Chalmers also addressed the superannuation sector at the conference, where he took the opportunity to blast the government’s steps around the Your Future, Your Super reforms. The Labor party is “deeply sceptical” of the changes, he said.

“We’re very critical of the calculation of the administration fees, and we are very critical about any attempts to try and curtail funds making the case for their members, whether it’s on this SG increase of whatever it might be.”

The contention around the superannuation guarantee (SG) was also examined, as the Morrison government has signalled that it is considering freezing the mandated contribution rate at its current 9.5 per cent.

Mr Chalmers criticised the discourse around the SG, where the recent Retirement Income Review had also focused on higher super coming out of wages.

“But I think that discussion obscured a more fundamental reality, that wages growth and retirement incomes have both been inadequate for too many Australians, for too long now,” he said.

The argument was invalid, the shadow treasurer said, when considering that in the time since the SG rate was last frozen six years ago, wages growth has remained stagnant.

“In 2014, wages growth was about 3.3 per cent over that six-year period, but in the six years since that super freeze, wages growth has averaged barely 2 per cent,” Mr Chalmers implored.

“The obvious point there is that the last super freeze didn’t spur wages growth. On the contrary, under this government, now in its eighth year, wages have hovered around record lows, the longest period of sustained low wages growth in the history of our country. And at the same time, too many people are retiring without sufficient savings to live on.”

The minister of superannuation has expressed exasperation at how politicised the sector is, flagging her expectations for fierce resistance to the government’s proposed reforms. 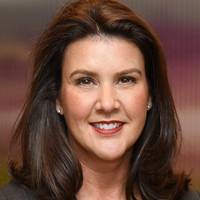