Recent moves by super funds to dump thermal coal are not entirely translating to diminished emissions, a new report has warned.

The white paper from the Australasian Centre for Corporate Responsibility (ACCR) has ruled that a number of super funds have begun to quietly implement divestment strategies that have not delivered real world emissions reductions.

Investors such as AustralianSuper, Aware Super, Cbus, HESTA, IFM Investors, Macquarie Asset Management and UniSuper, committed to net-zero targets in their portfolios by 2050 in the past year. Aware Super, HESTA and UniSuper among others, divested from thermal coal in 2020.

Prior to last year, only a handful of investors such as Australian Ethical and U Ethical had explicitly divested from companies materially involved in thermal coal across their entire portfolios, rather than in a single investment fund or option.

The problem, according to the ACCR, is that while executing their exits from thermal coal in 2020, many super funds had not previously signalled any intention to scrap the investments prior to their public announcements. This meant that investors did not make efforts to change company policy or direction via engaging with boards and management before they divested.

“To date, divestment decisions by Australian investors have not had as much impact as they could have had, had they been transparent about the conditions which would result in an escalation to divestment, prior to the act itself,” the ACCR stated.

Dan Gocher, director of climate and environment at the ACCR commented that investors are “quietly abandoning companies that are proving too hard to change and failing to exhaust the tools available to them”.

“While they may be doing what is necessary to protect members’ interests, any suggestion that these actions will reduce real world emissions is unsupported by evidence,” Mr Gocher said.

“Many investors have resisted calls for divestment from fossil fuels for years, claiming that engagement with companies would bring about the change required to reduce emissions.

“But investors have not demonstrated if and how they have applied pressure to emissions intensive companies prior to divestment. No single company director has been removed on climate grounds, nor has a remuneration report been opposed.”

Meanwhile, the ACCR has criticised other calls for companies such as BHP to divest their coal assets, stating there is no evidence such action will result in real-world emissions reductions.

“These assets may end up in the hands of a buyer of last resort, that has no intention of operating them responsibly with climate goals in mind, much less in supporting workers through the transition, or rehabilitating mine sites,” Mr Gocher said.

Engagement and escalation need to occur prior to any divestment, the white paper noted. Investors can make protests in the form of voting against director nominations or remuneration reports, filing and supporting shareholder resolutions and opposing corporate divestments of fossil fuel assets, and mergers and acquisitions unless there has been evidence of the owner preparing for the energy transition.

“It is clear that years of polite conversations behind closed doors have failed to produce the results many investors have long promised. While some of these companies may well be incapable of change, and worthy of divestment, investors must be prepared to escalate their engagements.”

Further, the ACCR has called for calculations of portfolio exposure to heavy emitters to be publicly available along with full disclosure of divestment being the approach for portfolio decarbonisation, as well its implications for emissions reductions in the real economy.

But there is a lack of disclosure and consistency in data representation.

Of the 30 largest super funds, only 11 disclose any of the four-carbon exposure metrics defined by S&P Dow Jones.

AustralianSuper, AMP, Aware Super and UniSuper disclose a relative figure, the relative distance between each of its investment options and the relevant benchmark, but not the actual carbon footprint.

Long-term net-zero portfolio targets should also be supported by short- and medium-term targets, the ACCR said.

Recent moves by super funds to dump thermal coal are not entirely translating to diminished emissions, a new report has warned. 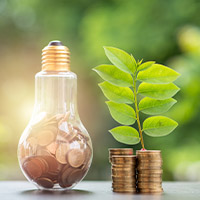