The release of the Retirement Income Review (RIR) has set the stage for a showdown over the future of superannuation.

The headline findings of the 638-page RIR were Australia’s retirement system was “sound, stable, and effective” and that there were limited arguments for proceeding with the legislated increase to 12 per cent if Australians used their existing superannuation more effectively and considered accessing the equity in their home e.g. through a reverse mortgage.

“A rate of compulsory superannuation that would result in people having an increase in their living standards in retirement may involve an unacceptable reduction in living standards prior to retirement, particularly for lower-income earners,” the report read.

“This is based on the view, supported by the weight of evidence that increases in the SG rate result in lower wages growth, and would affect living standards in working life.”

The report also found that working life income would be around 2 per cent higher if the increase did not go ahead, while the fiscal cost of the system would increase if it did. An increase also wouldn’t close the retirement gap between men and women, while giving higher income earners more tax concessions.

“The report goes into some detail about the trade-off between a working life income and people’s wages and that increase in the superannuation guarantee, and points out that the most effective way for people to secure themselves in retirement is not necessarily an increase in the superannuation guarantee, but by more efficiently using the savings that they do have,” Treasurer Josh Frydenberg told media.

However, Mr Frydenberg stopped short of saying the Morrison government would move to cut the legislated increase, pushing the decision back to the May budget while noting that Australia was “living in a very different economic environment than we were last year”.

But Industry Super Australia (ISA) blasted the review’s findings as “ill founded” and warned politicians against using them as an excuse to “snatch away” the retirement savings of millions of Australians.

“The reality is that the super rate has increased just 0.5 per cent in the last 18 years. In that time real wages growth has been sluggish – many factors determine income growth,” ISA said in a statement.

“Concerningly the panel suggests that rather than lift the super rate retirees should instead just sell the family home, or reverse mortgage it to the hilt, to fund their golden years.”

The RIR sets up a showdown over the fate of the legislated increase ahead of the May budget, and will likely be a key issue in the next election. Opposition Leader Anthony Albanese has already gone on the attack, telling media the government will “look for any excuse to break its promise”.

“The fact is we have a legislated increase for universal superannuation to 12 per cent. The Coalition committed to not change that, but once again they’re laying the ground work for another backflip,” Mr Albanese said.

“This government’s ongoing attack on superannuation will be resisted by Labor. Make no mistake, Labor supports the existing 12 per cent superannuation that has been legislated, and we will fight any attempt to undermine it or change it.” 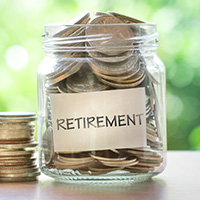