Super gender equality on the horizon

The gender split in superannuation has fallen to a historic low, with women holding the potential to reach the same retirement savings balances as their male counterparts by 2030, according to the latest Financy Women’s Index.

The newly released report for the September quarter has shown the super gender gap has more than halved across most age groups since 2004.

Financy has predicted it may only take 11 years before gender equality is achieved in average super balances, based on the average annual rate of progress of 3.06 per cent recorded in the index for the last five years.

However, as the paper noted, the gender parity gap may not be closed for another 24 years, with its slow-moving pace of annual progress (0.63 per cent).

The index, which tracks the financial progress of Australian women, rose 0.6 points in the September quarter, to 124.8 point. The pace of progress had slowed quarter-on-quarter, largely due to a dip in female directorships on ASX 200 boards as well as a rise in unpaid work.

“While the superannuation gender gap is closing, largely thanks to increased workforce participation and sustained compulsory contributions, women still retire with less than men due largely to time spent on unpaid work and out of the full-time workforce caring for children,” the report noted.

“What has arguably helped improve the superannuation gender pay gap has also been greater awareness raising of the adequacy of retirement savings and the strategies that can be used to take advantage of contributions limits.”

Ross Clare, director of research at the Association of Superannuation Funds of Australia (ASFA) noted a number of measures particularly help women, such as the low income superannuation tax offset.

Women aged 55 to 64 years old have seen the most significant improvement in the super gap, with there now being a 26 per cent difference compared to 49 per cent in the 2003-04 financial year.

Notably, unpaid domestic work could be the true barrier holding back women, with the index finding its average annual rate of progress to be 0.25 per cent over the last seven years. This means it could take close to 200 years before gender equality is achieved, Financy reported.

“It’s great to see how well we are progressing on female workforce participation, including at the board level,” Nicki Hutley, partner at Deloitte Access Economics said.

“However, without great equality in the home, this is actually placing greater stress on women as they juggle work and family commitments.”

Connie Mckeage, chief executive of OneVue added: “Women continue to do the majority of unpaid work.

“This contribution to society and indeed our economy needs to be better recognised and valued, if financial equality is to be achieved.”

“We need to change business practices, not just policies, to make the pay difference go away,” Ms McCallum said.

Financy predicted it is likely to take between 20 to 37 years before gender equality is achieved in the Australian workforce, based on the average annual rates of progress across the workforce participation rate, underemployment and in full-time employment.

Super gender equality on the horizon 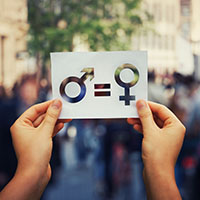