Australian Ethical is set to donate $360,000 across 20 organisations, for its largest yet Community Grants program.

The wealth manager has selected the groups from more than 380 applications, with each of the winners to receive grants of up to $20,000.

The foundations work across social, environmental and animal rights causes across Australia and overseas.

One of the recipients, Seabin Foundation, is a charity reducing plastic pollution in the ocean.

Seabin chief executive and co-founder Pete Ceglinski commented: “This grant will help a lot! We do not have external funding, nor have we taken on seed capital, so this grant means we can install two more bins on the east coast of Australia and run more education programs to help people how to reduce waste.”

Funding for the grants comes from the Australian Ethical Foundation, which receives 10 per cent of the group’s yearly profits to allocate to charity causes and social impact initiatives.

To date, more than $3.8 million has been donated with the Community Grants program supplemented by multiyear grants and impact investments.

“We recognise that strong vibrant communities are often sustained by the efforts of locally led organisations who work tirelessly to make a difference,” Mr Chadwick said.

“We are thrilled that the 20 grant winners represent such a wide a range of organisations under our three core pillars of people, planet and animals to meaningfully extend the impact of Australian Ethical to communities around the world.”

Australian Ethical CEO Steve Gibbs added: “Australian Ethical occupies a special place in the financial services landscape because we are driven by a bigger purpose than just making a profit and our success proves that business can and should make a positive impact in the world.

“Thanks to our continuing growth, we have more money available for grants this year than ever before and it is an honour to be able to support these 20 organisations who are as passionate about making the world a better place as we are.” 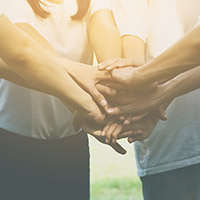