The inquiry into Labor’s policy to remove refundable franking credits has recommended against its removal.

“The ALP’s policy will unfairly hit people of modest incomes who have already retired, and who are unlikely to be able to return to the workforce to make up for the income they will lose,” said Mr Wilson.

Mr Wilson said that Labor’s policy would force people onto the Age Pension and that the ALP’s claims that it was a tax only on the wealthy was incorrect.

“The Alliance for a Fairer Retirement System claims that, in 2014-15, over half of those receiving cash refunds for their franking credits had incomes below the $18,201 tax-free threshold of the time, and 96 per cent had taxable incomes of less than $87,000.58.

“These people are hardly wealthy, yet they stand to lose up to 30 per cent of their income under the ALP’s plan,” said Mr Wilson.

The inquiry did acknowledge that any changes to the scheme could only be considered as part of a larger package of reform.

“The committee recommends any policy that could reduce Australian retirees’ income by up to a third should only be considered as part of an equitable package for wholesale tax reform,” said the final report.

Labor MP Matt Thistlethwaite responded to the inquiry by calling it a farce and that the inquiry was a political campaign in its nature.

“Using tax payer’s dollars to look at opposition policy proposals has been criticised by many Australians, the media and submitters to this inquiry as a waste of scarce government resources,” he said.

Mr Thistlethwaite said that the cost of the inquiry to taxpayers was out of proportion and that Mr Wilson had colluded with Wilson Asset Management to achieve an outcome designed to protect the fund managers interests.

“To any reasonable person using this website you would believe that this is an official website, of the committee through which submissions would be accepted... sadly this could not have been further from the truth,” said Mr Thislethwaite.

Mr Wilson asserted in his final speech that he had acted in accordance with established practice but did concede that inquiries were often political.

“Inevitably political views influence some of the inquiries that committees conduct, but this shouldn’t mean that committees would not approach their task open to the evidence which may be presented and with clear and proper processes,” he said.

Mr Thislethwaite in his inquiry response said that the government was ignoring the structural problem with the budget as it related to the aging population.

“With an ageing population we must make structural changes to rebalance the budget to ensure, as a nation, [that] we can continue to fund services that ensure Australians enjoy a high standard of living,” he said.

Labor said the cash refunds were unique and that closing the loophole allowing individuals who do not pay income tax to receive government money was a responsible budget approach.

“Labor’s policy is not a tax. Our policy ends a cash refund for franking credits for people who have no taxable income in a particular year,” said Mr Thislethwaite. 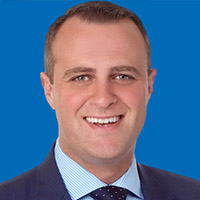