Round five of the royal commission will see the spotlight turned back on community expectations as well as client best interests, related party contracts, admin errors, complaint handling as well as the regulators, according to consulting firm QMV.

Speaking in Sydney on Tuesday, QMV principal consultant, legal and risk, Jonathan Steffanoni outlined a number of topics he believed would be examined by the royal commission in the fifth round of hearings on superannuation set to start next Monday 6 August.

In particular, he said ‘loyalty’, ‘prudence’ and ‘community expectations’ were central areas of focus for the royal commission.

Loyalty meant “ensuring that where there are conflicting interests, the priority is given to those of your client or your member,” Mr Steffanonni said.

“It is clear that the interests of your clients, of your members need to come first – need to always come first.

“There are very high standards around loyalty in a fiduciary relationship; the commissioner is simply going to focus on that.”

‘Prudence’ related to “ensuring that the way in which trustees and other fiduciaries go about managing their affairs is to an appropriate standard of care,” where superannuation trustees are expected to make decisions and perform their duties to an expected standard of care.

“So that adds an interesting dynamic if we consider whether there is alignment between the regulatory framework which we currently have and community expectations.”

The consultant indicated that another potential area of focus for the royal commission could be the issue of ‘proper purpose’ in relation to expenditure.

“I think we’re going to see a significant amount of focus on looking at whether assets are used for proper purpose in a superannuation context usually found in a trustee.

“So it’s going to be important for superannuation trustees to ensure they’ve got appropriate controls in place going forward, to ensure that their expenditure does align to a proper purpose one way or another, tied to retirement savings or income,” Mr Steffanoni said.

He also suggested that related party contracts would come under some scrutiny, particularly in relation to the rollover of existing arrangements and the lack of competition within supply chains in the superannuation system.

“We do hear some parochialism in the industry around retail and industry funds. The reality is that there are entities of all different colours which do trade with entities which form part of a corporate group,” he said.

In May 2018, APRA deputy chair Helen Rowell penned a letter to super funds warning about the increased risk of conflicts of interest when RSE licensees outsourced their services to third parties, which could result in worsened outcomes for members.

“What's really important and quite valuable for the royal commission is to look at the nature of those contracts which are entered into to ensure that they are at arm's length and do continually work for the members’ long-term interests,” Mr Steffanoni added.

Additionally, the royal commission had thus far not focused much attention on supply chains, he said.

“If I take my professional experience, I see the supply chains as a significant source of potential efficiencies rolling out of a good level of competition.”

He noted that the royal commission could also turn its focus on super fund mergers and whether serious consideration had gone into them for the sake of scale efficiency, potentially scrutinising some that may not have gone ahead “for what could be described as trivial matters”.

“The draft report from the Productivity Commission was also quite clear in indicating the evidence does support the proposition that there are scale efficiencies.

“That heightens the importance and value for trustees in ensuring that they are giving due regard to the approach which they may receive or if others may approach them.”

Another area of focus that had thus far not been “explicitly called out” by the royal commission could be the issue of ‘administrative errors’, Mr Steffanoni said.

“This is an area where we need to be careful because the reality is, is that in operating a large complex financial institution, errors are going to happen from time to time.

“But at the same time, I do think it’s important that trustees and service providers have appropriate control environments in place to understand where things are going wrong, to remedy those efficiently,” he said.

A final area of focus for the royal commission – which would be of particular interest to the public, Mr Steffanoni said – was claims and complaint handling.

“They always make for really salacious stories when you get poor customer service or mismanagement of complaints and claims.

“So I think we’re certainly going to see some attention on calling witnesses who have been treated inappropriately and not had their interests really looked after.”

When asked what item on the agenda came as a surprise to Mr Steffanoni, he said he had not expected the royal commission would look at the issue of Indigenous super, but that it was “a really valuable topic”.

“Potentially where the discussion is really directed at here is looking at whether there are community expectations for certain segments of society for considerations relevant to their social or cultural practices to be taken into account by trustees when making decisions.”

And finally, the royal commission has outlined it will be looking at APRA and ASIC.

Mr Steffanoni said the commission would be reassessing whether the arrangement of having two regulators was still “broadly appropriate” and “ensuring that we’re not getting any gaps in having two primary regulators”. 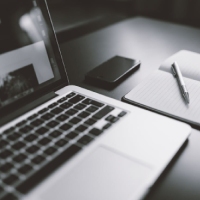