What ScoMo didn’t learn from COVID-19

Faced with the worst recession in 100 years, the Morrison government has chosen to take from the poor and give to the rich.

The myth of the “dole bludger” has persisted since Malcolm Fraser spoke it into existence sometime in the Cretaceous era. It is politically advantageous to say that your government will not be responsible for the transfer of funds from those who work to those who do not, and there has not been a government yet that has been punished for doing so.

That’s the rationale behind today’s decision to increase JobSeeker by a meagre $25 a week. Or $3.50 a day, adding up to the budgetary equivalent of a rounding error. The temporary increase to JobSeeker lifted a third of those in poverty out of it – a great public good, as RBA governor Philip Lowe noted in a recent appearance at the National Press Club. It also meant that segment continued to spend at a time when consumer sentiment remained depressed and savings skyrocketed.

“It doesn’t make sense to leave so many households struggling to make ends meet in these difficult times. One of the surest ways to get money circulating in an economy is to assist people who will spend it. JobSeeker recipients have limited capacity to save and will use additional amounts to buy goods and services that support business and the economy.”

At the same time, the Morrison government has been perfectly content to let companies that received millions in JobKeeper pay dividends and executive bonuses, with the onus on those companies to hand it back if they feel like it. Some have chosen to do so, in the face of great public and private pressure. But the fact that there has not yet been an audit of JobKeeper – a program that was plagued by errors, including one that, when discovered, slashed its cost in half – means that many large companies have been able to enjoy the benefits of a stimulus package they may not have really needed.

While the labour market will recover, owing mostly to the government’s sound decisions on health restrictions and stimulus, there will be plenty who will be left behind. If COVID-19 did anything, it exposed the weaknesses of Australia’s welfare system – a system that seems designed to reinforce rather than break the cycle of poverty. There’s no economic case for such a paltry increase.

What ScoMo didn’t learn from COVID-19 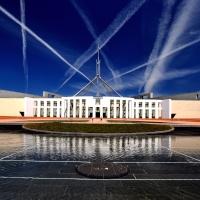