‘I don’t want to create a police state’: ASIC chair

ASIC chair James Shipton has highlighted the role of professionalism in financial services as it adopts new product intervention powers, saying he doesn’t “want to create a police state”.

In a presentation at the CFA Societies Australia Investment Conference in Sydney yesterday, Mr Shipton noted ASIC’s proposals to deploy the power within months of receiving the powers from the government in April this year as it seeks “to reduce significant consumer detriment”.

He cited short-term credit as well as a proposal to ban over-the-counter (OTC) binary options and limiting the distribution of contracts for difference (CFDs) as examples of where ASIC would use the power.

Further, Mr Shipton said ASIC is also preparing to implement the design and distribution obligations (DDOs) which will commence in April 2021 through developing a guidance to set its expectations of compliance.

The importance of professionalism

However, when asked whether product intervention still relies on making a judgement about whether a financial product is fit for purpose, Mr Shipton said that’s where the notion of professionalism needs to be considered.

“If you’re exercising that professional discretion, I think you will go a long way to ensuring that you’re doing the right thing and avoiding the need, for instance on our end, intervention on a DDO or our own intervention in a product intervention path.”

Mr Shipton noted two components to professionalism, the first being competence and other being conscientiousness.

“Competence – knowing what you’re doing. Passing the CFA Level I, II and III for those smart folks in the room. That’s competence,” he said.

“And then conscientiousness. That’s care. That’s concern. That’s an ethical component. A professional needs to be both conscientious and competent.

“If you can apply those two component parts to the exercise of these discretions, I think you’ve gone a very long way to meeting the expectations of the community.”

Towards a confident and assured financial system

What ASIC wants to create, according to Mr Shipton, is an environment where there is confidence and assurance that consumers are actually getting a fair deal and a fair outcome, and that people in financial services are living up to their professional expectations and obligations.

“That’s what we want. That’s a good result because that obligation ultimately sits on you. The way the financial regulatory system is designed in Australia – which is often misunderstood – is the first line of compliance is with the licensed entities themselves. That’s the first line,” Mr Shipton said.

“The obligation for fair, honest and efficient provision of financial services rests with financial licensees. You’re the first line both legally and professionally to make sure that standards are lifted and most importantly that we have fairness injected into every single part of that system.”

‘I don’t want to create a police state’: ASIC chair 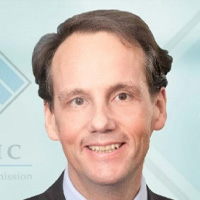