The Australian Financial Complaints Authority (AFCA) has received a high volume of complaints regarding online stockbroker Forex Financial Services, with ASIC now to decide if a trading website belongs to the company or a scam using its name to fraudulently gain customers’ funds.

A number of consumers claimed to AFCA they have been unable to withdraw funds from the company’s trading website.

Forex has advised the complaints body that it has no connection with the website, rather an unrelated operation has fraudulently used its company name and Australian license details and it denies providing a financial service to the customers.

AFCA has referred the matter to ASIC, given the allegations against an Australian Financial Services License holder.

AFCA has alerted consumers it is unable to consider these complaints against Forex while ASIC is reviewing the matter.

It has told any customers with concerns about accessing their trading funds through Forex to delay lodging a complaint until the corporate watchdog completes its assessment. 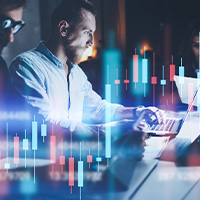