Beefing up of regulation a government priority

The government has allocated more than $550 million in the 2019-20 budget to strengthen both ASIC and APRA in response to the Hayne royal commission.

Overall, $606.7 million will be committed over five years from 2018-19 to facilitate its response to the Hayne commission's final recommendations.

The government said it would provide $404.8 million to ASIC over four years from 2019-20 to implement its new enforcement strategy and expand its capabilities and roles in accordance with the recommendations of the royal commission.

It would also give $145 million to APRA over four years from 2019-20 to strengthen its supervisory and enforcement activities, which will support its response to key areas of concern raised by the royal commission, including with respect to governance, culture and remuneration.

In addition, the government responded to Hayne’s recommendation of an independent financial regulator oversight authority by committing $7.7 million over three years from 2020-21 to establish the body.

The new authority will be tasked with assessing and reporting on the effectiveness of ASIC and APRA in discharging their functions and meeting their statutory objectives.

Other budget items included $1 million in 2018-19 towards a capability review of APRA, examining its effectiveness and efficiency in delivering its statutory mandate, as well as its capability to respond to the royal commission.

A Financial Services Reform Implementation Taskforce to be established within the Treasury will be allotted $11.2 million in 2019-20 which will assist in implementing the government’s response to the royal commission, and co-ordinate reform efforts with APRA, ASIC and other agencies through an implementation steering committee.

Finally, the government will give $0.9 million in 2019-20 towards providing the Office of Parliamentary Counsel with additional funding for the volume of legislative drafting that will be required to implement the government’s response to the royal commission.

The cost of this measure will be partially offset by revenue received through ASIC’s industry funding model and increases in the APRA Financial Institutions Supervisory Levies and from funding already provisioned in the budget.

In response to the measures, FSC chief executive Sally Loane said she supported the additional funding and increases in regulator resourcing.

“Appropriate resourcing is essential to enabling APRA and ASIC to properly perform their respective regulatory functions,” she said.

However, FPA chief executive Dante De Gori said implementing the royal commission recommendations is necessary for the protection of consumer, but showed concern about the $600 million-plus price tag.

“The FPA broadly supports the government’s plan to implement the recommendations of the Royal Commission into Misconduct in the Banking, Superannuation and Financial Services Industry over the next five years,” Mr De Gori said.

“However, the $606.7 million required will primarily be recovered from ASIC’s industry funding model and will add to the significant increases in advice costs to the mums and dads of Australia."

Beefing up of regulation a government priority 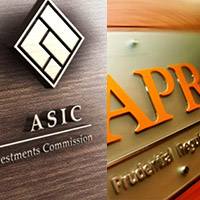