Westpac/BT toyed with the idea of removing revenue from its salaried planners’ remuneration but ultimately rejected the idea, the royal commission has heard.

Counsel assisting Rowena Orr grilled Mr Wright on the remuneration practices of Westpac/BT and whether its planners could be considered professionals when they are incentivised with sales targets.

Mr Wright said that while advisers are not viewed as ‘professionals’ by Australians in the same way that doctors are, the perception is changing for the better.

Furthermore, he said, the ‘balanced scorecard’ for Westpac advisers will be changed to include more non-financial factors.

“We’ll be setting peoples’ remuneration off their qualifications, based off their competency as an adviser, based off the standards that they go through with advisers,” he said.

“We will not set people’s remuneration - fixed or variable - based off how much money they write,” Mr Wright said.

However, Ms Orr pointed out that one-fifth of the ‘balanced scorecard’ for the company’s advisers will include financial measures.

“We debated this long and hard. The reality is we want to have a viable, sustainable, professional business. We’ve not a charity,” he said.

“We considered removing revenue from the scorecard and having 100 per cent non-financials,” Mr Wright said.

From 1 October 2018, Mr Wright said, BT will be ending grandfathered commissions for superannuation and investments – although risk commissions will remain (as per the Life Insurance Framework).

When it comes to the advice business he oversees, Mr Wright said he would be “delighted” if BT moved to a completely fee-for-service model.

However, with his “BT product provider hat on”, he said there is a first-mover disadvantage to being the first institution to end grandfathering completely.

You can follow the royal commission hearings at a live blog at InvestorDaily's sister publication ifa. 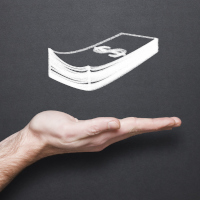