The planned travel agenda of ASIC chairman Greg Medcraft has been released by the corporate regulator.

Mr Medcraft attended an International Organization of Securities Commissions (IOSCO) board meeting in Hong Kong during 20-12 October 2016 at a total cost of $13,212.74 (including his staff expenses).

In the first months of 2017, Mr Medcraft attended the World Economic Forum Annual Meeting in Davos and “various meetings” in Paris between 17-13 January.

The ASIC chairman also attended an IOSCO board meeting in Milan in 22-23 February.

Mr Medcraft plans to travel to Washington DC, London and Oxford in 18-24 to attend IMF-World Bank meetings, the British Australian Chamber of Commerce Fintech Forum and a “private conference” at Oxford University.

During 14-18 May, the ASIC chair will be attending the IOSCO annual conference and “side meetings with industry representatives”.

QE unwinding on the cards for US Fed 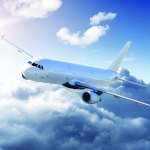