Deloitte has modelled the economic cost of climate change in the coming decades.

Inaction on climate change could cost the global economy US$178 trillion over the next 50 years and potentially cut global gross domestic product by 7.6 per cent as of 2070.

Modelling by the Deloitte Center for Sustainable Progress, released during the World Economic Forum's annual meeting this week, indicated that economic losses associated with unchecked climate change could total US$96 trillion in the Asia-Pacific region alone.

Compared to a world without climate change, Deloitte said that the region’s GDP could be 9.4 per cent smaller in 2070, with a US$16 trillion reduction that exceeds China’s current GDP.

Losses would total US$10 trillion in Europe and US$36 trillion in the Americas, according to Deloitte’s modelling, while Africa, the Middle East and the rest of the world would suffer estimated losses of US$40 trillion.

Deloitte’s report, which the firm titled ‘Turning Point’, follows the latest research from the Intergovernmental Panel on Climate Change (IPCC) that revealed immediate and deep emissions reductions were now required.

“The time for debate is over. We need swift, bold and widespread action now—across all sectors,” said Deloitte Global CEO Punit Renjen.

“Will this require a significant investment from the global business community, from governments, from the non-profit sector? Yes. But inaction is a far costlier choice. The data bears that out.”

In contrast to the potential costs of climate change, Deloitte found that limiting global warming to close to 1.5 degrees celsius would deliver US$43 trillion in net economic benefits over the next 50 years, boosting GDP by 3.8 per cent in 2070.

This would predominantly be driven by gains of US$47 trillion in the Asia-Pacific region during the next five decades, lifting the region’s GDP in 2070 by US$9 trillion or 5.7 per cent.

The Americas (-US$3 trillion) and Europe (-$US1 trillion) would experience marginally negative economic benefits through to 2070, however Deloitte noted that both regions would have reached their ‘turning points’ and turn positive in following years.

“It's important that the global economy evolves to meet the challenges of climate change,” Dr Pradeep Philip from the Deloitte Economics Institute said.

“We already have the technologies, business models, and policy approaches to simultaneously combat the climate crisis and unlock significant economic growth, but we need governments, businesses, and communities globally to align on a pathway toward a net-zero future.”

The professional services company identified four key strategies for global decarbonisation, beginning with the uniting of the public and private sectors in order to build effective and foundational frameworks and policies to drive actionable change.

Next, business and government leaders will be required to make significant investments and spark structural changes to the global economy that prioritise low-emissions industries and accelerate the net-zero transition.

Global regions would then reach their respective ‘turning points’ when the benefits of a net-zero transition start to outweigh the costs. This is expected to occur as early as the 2020s in the Asia-Pacific region but not until the 2050s for Europe and the 2060s in the Americas.

Finally, after this turning point is reached, Deloitte said that society would realise a greener future where interconnected, low-carbon systems underpin a clean economy that grows at an increasingly faster rate than the carbon-intensive alternative.

“What we have before us is a once-in-a-generation opportunity to re-orient the global economy and create more sustainable, resilient, and equitable long-term growth,” concluded Mr Renjen.

“In my mind, the question is not why we should make this investment, it's how can we not?”

Deloitte has modelled the economic cost of climate change in the coming decades. 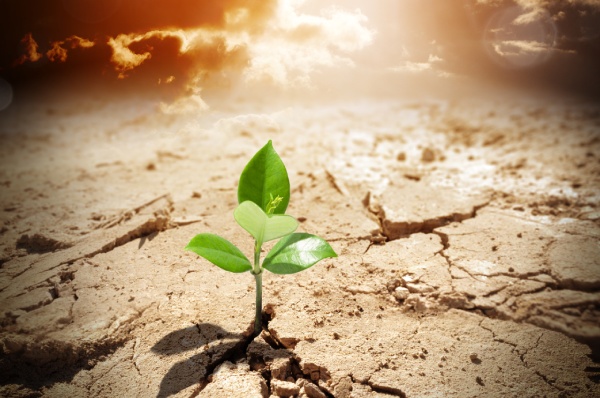