Investor appetite for equity funds has cooled off on the back of recent lockdowns around Australia.

According to global fun network Calastone’s Q2 fund flow index (FFI) for Australia, equity fund flows were down almost 20 per cent over the last quarter.

Between April and June in particular, inflows fell by a fifth (-19.7 per cent) compared with the first quarter of 2021, which is more than two-fifths lower the net amount of capital added in the fourth quarter.

“It appears that nerves about the delta variant of COVID-19 initially caused Australian investors to cut back on buying overseas-focused funds in Q2. But the outbreaks at home that prompted renewed lockdowns have progressively dampened appetite among Australian investors for Australian assets over the last three months,” Calastone’s head of Australia and New Zealand, Ross Fox, said.

“Across the developed world, vaccination programs have forged ahead in most cases far more quickly than ours has here. Having dodged the bullet in 2020, Australia is a sitting duck if infections take off before our vaccination rates catch up with our peers elsewhere.

“This has given investors pause for thought, evidenced by record sell orders in June. Given the benefits of diversification offered by global funds, it makes sense for Australians to spread their bets a bit.”

“We do not want to get carried away and overstate the case. Aussie investors were still net buyers of funds in the second quarter, just with less enthusiasm than they have shown in recent months,” Mr Fox said.

“The bigger picture suggests that the global economic recovery is strong, delivering positive earnings momentum for equities, both in Australia and abroad.

“If the current outbreaks are successfully controlled, there is no reason to expect a sudden rush for the exits over the quarter ahead.”

Investor appetite for equity funds has cooled off on the back of recent lockdowns around Australia. 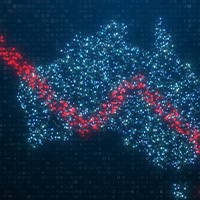