The big four bank has confirmed the speculation.

On Wednesday (13 July), ANZ confirmed it is in talks with Kohlberg Kravis Roberts & Co. (KKR) about a potential acquisition of accounting software company, MYOB.

In a statement, the bank said it is yet to reach an agreement with KKR and there is no certainty the acquisition will proceed.

“Should the transaction proceed, it would be subject to regulatory approvals, including from the Australian Competition and Consumer Commission and the New Zealand Overseas Investments Office,” ANZ said.

“ANZ will make an announcement to the market if the negotiations are successfully completed and an agreement is entered into.”

KKR and MYOB are yet to publicly comment on the matter.

In May, ANZ reported statutory profit after tax for the half-year ended 31 March 2022 of $3.5 billion, up 10 per cent on the previous half.

"Looking ahead, the economic environment is likely to be very different and we will continue to adjust our risk appetite, business settings and investment priorities as required,” ANZ CEO Shayne Elliot said at the time.

The bank recently announced it had agreed to divest its share investment lending portfolio to Bendigo and Adelaide Bank subsidiary Leveraged Equities.

On Friday (15 July), the Australian Competition and Consumer Commission (ACCC) rejected reports that it had "raised preliminary concerns" regarding the potential acquisition and will now conduct a public review.

"The ACCC has not expressed any view on this possible transaction," a statement released on Friday read.

"If the transaction proceeds, the ACCV will make a decision on whether a public review will be conducted once it has received a submission from the parties."

The big four bank has confirmed the speculation. 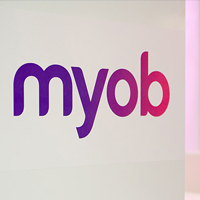