The international company is proposing on completing the transaction through its local arm, Canaccord Genuity Australia.

If approved, Canaccord could be gaining more than 100 investment advisers under Patersons’ wealth management business, with $13.5 billion in client assets under advice.

The move will see the wealth management division under Canaccord Genuity Australia be renamed as CG Patersons. Current executive chairman of Patersons Michael Manford will retain his position with the new wealth management business.

The transaction is being enacted via a scheme of arrangement, subject to approval from Patersons’ shareholders, courts and regulators.

Patersons’ directors and senior management, who represent 60 per cent of the firm’s shareholders, have confirmed they will be voting in favour of the scheme. Three-quarters of the company is owned by its advisers and staff.

The Australian firm will be hosting a shareholder meeting to vote on the sale in October, with the Canadian group expecting the process to be complete during the last quarter, before the end of the year.

Canaccord Genuity chief executive and president Dan Daviau said the sale would make the group a stronger competitor in Australia.

“The addition of Patersons supports our strategy of substantially increasing the scale of our wealth management options and improving our business mix to deliver greater stability and long-term value for our clients and our shareholders,” Mr Daviau said.

“We look forward to supporting continued growth in Australia.”

Mr Manford, executive chairman of Patersons, commented: “The rationale for joining Canaccord Genuity is compelling and provides additional breadth and depth of services for our clients, who will benefit from access to globally integrated wealth management, corporate finance and equity research capabilities.”

The acquisition will also require an independent expert concluding that the sale is in the best interests of Patersons’ shareholders, satisfactory completion of due diligence by Canaccord Genuity and other conditions.

Canaccord Genuity has been advised by EM Advisory and Allens, while Paterson is being looked after by Clayton Utz.

It has locations across WA, SA, Victoria, NSW, Queensland and the ACT.

It had what Canaccord Genuity called a “difficult first half” this year. The Australian business has an anticipated net revenue of around $52 million for FY19, a decrease of 16 per cent year-on-year. 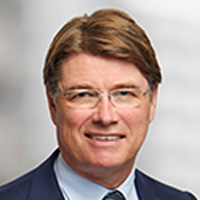