The chairman of Mercantile Investment has announced his imminent retirement amid a takeover offer from Sandon Capital Investments.

Due to age and health issues, chairman Ron Brierley said in a statement to the ASX he can “no longer give the total commitment to the company which it requires and which shareholders deserve”.

Mr Brierley acknowledged that a merger of Mercantile Investment (MVT) and Sandon Capital Investments (SNC) has been arranged and is subject to approval by Sandon shareholders and acceptance by Mercantile shareholders.

“I believe this in the best interests of all. If the merger is successful, I am confident that there are good prospects for the enlarged SNC,” he said.

“SNC will continue to be an activist investor under the chairmanship of Gabriel Radzyminski.”

SNC announced an offer to acquire all the remaining Mercantile shares (up to 18.8 per cent of the issued share capital) from Siblow, an entity controlled by Mr Brierley.

MVT said a committee of Mercantile directors independent of SNC has been formed and is considering SNC’s proposal to make the offer.

SNC expects to issue a bidder’s statement laying out the full details of the offer before 30 June 2019. 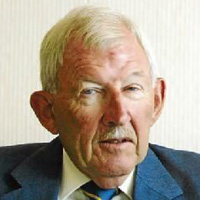