‘We have no fear of missing out’: Douglass

The chairman of Magellan has poured cold water on cocky investors, warning that there is a “real possibility” of a collapse in equity markets.

Hamish Douglass, chairman and chief investment officer of Magellan, warned that even if a vaccine against COVID-19 were discovered and widely distributed the recovery is not assured and that investors should not take comfort from the fact that markets had rallied significantly since March.

“We don’t know whether the world is on a bridge to recovery or on a bridge with a cliff at the other end,” Mr Douglass said. “As we don’t know, we will not speculate or gamble with our clients’ money. We understand the limits of our knowledge. We have no fear of missing out.”

Mr Douglass said the way forward is subject to a “multitude of highly uncertain, complex and interdependent variables” with a vast number of potential outcomes and that Magellan would be taking a more cautious positioning until the fog of war had lifted.

“There is a real possibility of a collapse in equity markets, just as there is for a continued grind higher in equities supported by [low-interest] rates,” Mr Douglass said. “These aren’t predictions but warnings that such outcomes are foreseeable at present.”

Some of the “known unknowns” that Mr Douglass highlighted were the true scale and nature of unemployment, the impact that rising tensions with China could have on tourism and education expenditures, the risk of a European sovereign debt crisis if the situation deteriorated further, and the effect that the pandemic will have on globalisation and trade.

“The answer to which pathway the world heads down in large part depends on the course of the virus and this will depend upon science (and the leading scientists do not have the answers),” Mr Douglass said. “The most dangerous thing to do is to be overconfident that you know the answers to critical questions when it is not possible to know the answers with the limited state of knowledge.”

‘We have no fear of missing out’: Douglass

The chairman of Magellan has poured cold water on cocky investors, warning that there is a “real possibility” of a collapse in equity markets. 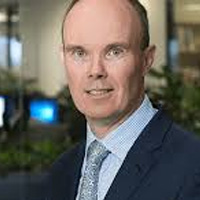