Unemployment soars to highest in 21 years

Unemployment has reached its highest level in more than two decades as the true cost of COVID-19 is revealed.

“We're in a recession, and when you’re in recession these are the sort of very heartbreaking numbers that we have to deal with,” Prime Minister Scott Morrison told media prior to the release of the figures. “And we’ve still got a long way to go.”

In April, unemployment rose to 6.2 per cent, defying expectations of a bloody leap to 8 per cent from the pre-COVID level of 5.2 per cent. While the figure was somewhat undercut by the fact that it did not include 489,800 people who left the labour force entirely, Treasury is now hopeful that unemployment may only reach 8 per cent rather than the forecast 10 per cent.

Unemployment soars to highest in 21 years

Unemployment has reached its highest level in more than two decades as the true cost of COVID-19 is revealed. 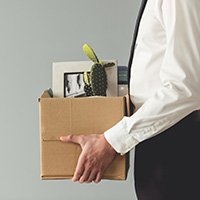