Westpac will slash executive bonuses and introduce a slew of risk management measures as it grapples with the impacts of coronavirus and regulation.

In his letter to shareholders, Westpac chairman John McFarlane said that he has a “personal discomfort” with incentive remuneration, and especially short-term bonuses. And given the impact that AUSTRAC’s shock enforcement action had last year on both the bank’s bottom line and on public perception of its C-suite team, Westpac has cancelled bonuses for new CEO Peter King and other group executives.

“The board and the CEO feel it is fundamental that collective accountability for the financial crime outcomes in Westpac’s business which led to the action brought by AUSTRAC is recognised and taken into account,” Mr McFarlane wrote in his letter to shareholders.

“The board has fully supported the CEO’s recommendation that annual short-term incentives for 2020 be cancelled for the CEO and the group executives.”

New CEO Mr King – who has taken on the position permanently after filling in for Brian Hartzer in the wake of the AUSTRAC scandal – is also set to overhaul accountability within the business that will “speed up decision-making and implementation” and more clearly define who is individually accountable for the bank’s programs.

“(Mr King) has commenced a transformation that will see Westpac retain its focus on deepening customer relationships but move away from full matrix reporting and shift instead to a clearer line-of-business model,” Mr McFarlane wrote.

“This will provide more clearly defined first-line accountability, which will see each area directly accountable for financial, compliance, performance and customer outcomes.”

That will involve the appointment of a new executive who will be responsible for an end-to-end transformation program, including cultural change. Westpac will also be “raising (its) game on risk management”.

“We have a number of regulatory investigations and legal actions in progress, over and above the AUSTRAC matter,” Mr McFarlane wrote.

“We need to have more effective management of non-financial risks, as well as a strong risk culture across the organisation in the first, second and third lines of management, as well as strong board oversight.”

Westpac recently joined with the rest of the big four to provide a mortgage holiday for customers, as well as unsecured three-year loans of up to $250,000 for new and existing business customers with turnover of less than $50 million.

“These are difficult times for the economy and our company, with the impact of COVID-19 still unfolding,” Mr McFarlane wrote.

“As a bank, we have a really important role to play in the community at this critical time. We are responding appropriately and the decisions we are making now, and over coming weeks and months, will make a significant difference going forward.”

Westpac will slash executive bonuses and introduce a slew of risk management measures as it grapples with the impacts of coronavirus and regulation. 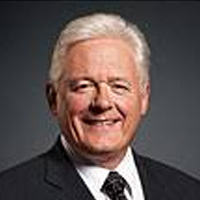