One of the world’s largest investment banks says it’s impossible to tell when the global economy will reopen for business as draconian containment measures cloud the outlook.

UBS is now forecasting global growth at -0.5 per cent, and they think that number will go lower due to the widespread move to lock down their countries.

“We are getting a vastly greater number of countries imposing severe mobility restrictions,” Arend Kapteyn, global head of economics and strategy research and chief economist of the investment bank, told media.

“Which is collapsing GDP, starting in Q1 but straddling Q2 as well. Q2 in particular we think, outside of China, is going to be a very bad quarter for countries that have those restrictions.”

UBS’ baseline assumption is that containment efforts will be successful – but that’s the problem. While we’ve already seen enormous amounts of stimulus – almost 2.6 per cent of global GDP, a full percentage point above what was seen in 2009 – mass unemployment caused by lockdowns means it’s impossible to predict when the recovery will come.

“Most of (the stimulus) is going to come too late to prevent the downturn from happening in early Q2,” Mr Kapteyn said.

“The key uncertainty is how many firms start to close and how many people start to get laid off, and how much cleanup will need to be done in the second half of the year to get us back to a positive growth trajectory. And we really don’t know.”

The shock has seen a substantial impact on the service sector – unusual in a recession, which normally hits manufacturing the hardest.

“When you take a quarter of the economy and you take their income away 100 per cent for four weeks or more, they simply don’t have the buffers to withstand that and have to resort to drastic action, which is what we’re starting to see in some of the employment data,” Mr Kapteyn said.

That means – even if the crisis is time limited – the country could still be working off a substantial jump in unemployment by the time fiscal stimulus starts to work.  And while UBS is still pricing in a rebound in the second half of the year, that’s based on “benign employment outcomes”.

“We’re quite worried that we’re being too optimistic about what could happen in unemployment, and that’s going to affect the outlook for next year,” said Mr Kapteyn.

One of the world’s largest investment banks says it’s impossible to tell when the global economy will reopen for business as draconian containment measures cloud the outlook. 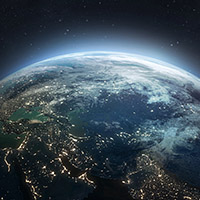