Coronavirus could be worse than GFC: PM

Prime Minister Scott Morrison has warned the “hydra-headed” challenge of the coronavirus could be greater than that of the GFC while shedding light on the government’s stimulus package.

Mr Morrison said that the outbreak of the COVID-19 will have significant impacts on the tourism and education sectors and that Australia’s proximity to China — both economically and geographically — could make things worse.

“COVID-19 is a global health crisis, but it will also have very real and very significant economic impacts, potentially greater than the global financial crisis, especially for Australia,” Mr Morrison told business leaders on 10 March.

“The epicentre of this crisis, as opposed to that one, is much closer to home. The GFC impacts were centred on the North Atlantic, and back then China was in a position to cushion the blow for Australia.”

Mr Morrison also used the speech to shed light on the government’s response, which will be guided by “seven pillars”. Those pillars include a response “proportionate to the degree of economic shock and the impact on the economy”, the use of existing delivery mechanisms and a high level of alignment with monetary policy authorities.

Mr Morrison said that the response would have a “fiscal exit strategy”.

“We cannot bake into the bottom-line, this response for years to come, holding the budget under water.”

Mr Morrison also said the government is also favouring measures that will “lift productivity”, talking down the possibility of a response similar to that of the Rudd government’s during the GFC which saw many Australians receive cheques of almost a thousand dollars in a direct injection of liquidity into the economy.

“By following these principles, we believe we will protect the structural integrity of the budget and we will maximise the impact of our measures to protect the livelihoods of Australians and our economy during this difficult period,” Mr Morrison said.

“And in doing so, we will prevent the need for future governments to spend the better part of a decade restoring the fiscal position and even longer paying back the debt.”

Mr Morrison urged businesses to support small-business suppliers, grant their own employees paid leave if they need to take time off during the course of the virus, and take the opportunity to invest in capital projects that will provide a pathway for “a new season of growth”.

“Australia will pass this test, and it will pass it strongly,” Mr Morrison said.

Coronavirus could be worse than GFC: PM

Prime Minister Scott Morrison has warned the “hydra-headed” challenge of the coronavirus could be greater than that of the GFC while shedding light on the government’s stimulus package. 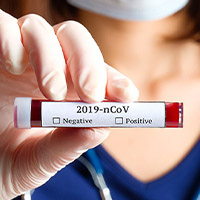