The fear is worse than the flu

The threat of a global pandemic has sent stock markets tumbling and exposed the weaknesses of the global economy. But how bad is it really?

By now, everybody has seen the images from the Chinese city of Wuhan, where hospital wards are packed with the sick and the city is in lockdown. The fact that more than 100 people have now been killed by what some online are dubbing “the China Flu” should not be downplayed, and it is likely that the virus will continue to kill as scientific and medical authorities race to contain the outbreak. But in the face of otherwise sensible government policymaking has come an icy undercurrent of fear.

Beijing has taken extreme measures to contain the virus. Wuhan, which has been compared to Chicago in terms of its importance to China’s industry, has been quarantined. The country’s biggest steelmaking city, Tangshan, has now suspended all public transport. Movie theatres are closed. Flights out of the country are grounded.

To some, actions like these appear to be an overreaction to a virus that has so far had a limited health impact. But China is likely trying to avoid the reputational risks that come with failing to prevent the spread of a deadly virus and ward off fears that its economy – which has essentially been underwriting global growth for the last decade – will suffer in any meaningful way.

If the pandemic continues then China’s already slowing growth will be hit hard, as will the countries that contribute to that growth. Australia’s iron ore exports could suffer as the coronavirus keeps factories shuttered and construction down. Tourism to other countries over the Lunar New Year has already been severely curtailed, and it’s likely that travel restrictions from the affected areas will be in place for several months. All of this caused the ASX to fall 1.6 per cent on Tuesday, with tourism and mining stocks particularly impacted.

It’s rare to see such a small event having such an outsize impact on the global economy, but the outlook was already gloomy after the US-China trade war and the altercations in the Middle East.

But so far, the news from the rest of the world is good. There have been few cases reported outside of Wuhan, and authorities have acted quickly to arrest the spread of the virus. While China’s choice to quarantine multiple cities was met with suspicion that they might be covering up the real number of infected, it’s likely those draconian measures will severely limit how far the coronavirus spreads.

There’s no doubt that the coronavirus will hurt China’s economy. But there’s nothing to suggest that it will hurt it for very long, and that a recovery won’t come quickly. SARS – which killed many more people – saw China’s GDP growth fall to 9.1 per cent in the second quarter of 2003 before recovering to 10 per cent in the second half of the year. And while China's growth paradigm is fundamentally different in 2020, there’s also nothing yet to suggest that the coronavirus will be as bad as SARS either.

As is the case with many epidemics, fear is spreading a lot faster than the flu.


The must-attend event for financial advisers is back in 2022: the ESG Summit, coming to Sydney and Melbourne in February. Walk away with vital knowledge on a number of key ESG areas to help you make informed ESG strategy decisions and to better communicate and integrate the growing ESG space to clients. Visit the website to secure your place.
The fear is worse than the flu 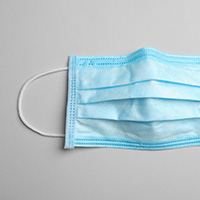