Why McFarlane came out of retirement to chair Westpac

Westpac’s new chairman John McFarlane was living out his retirement in the UK when he got a call from Lindsay Maxsted.

In an interview with Michael Bennet published by Westpac, Mr McFarlane said he had “generally made it known that 50 years working full-time is a big slog and maybe it was time to do something different”.

“Having spent some time ‘in the garden’ so to speak, I realised that I didn’t have enough to do,” he explained. “So [Mr Maxsted] hit me at the right moment.”

Mr McFarlane knows Westpac well. The 72-year-old Scottish banker served as CEO of ANZ from 1997 to 2007.

“David Morgan and I were enormous competitors, but also great friends,” Mr McFarlane said. “There seemed to be an inevitability in that I needed a challenge and Westpac needed a seasoned chairman. It was a perfect marriage and that is why it happened so quickly.”

The new big bank chairman had originally intended to spend his retirement between London and Los Angeles, where one of his three daughters is based. However, the new role at Westpac saw him change his plans and relocate to Melbourne in October.

Speaking about his appointment at a time when Westpac in particular and the major banks in general face significant challenges, Mr McFarlane spoke about the benefits and drawbacks of internal versus external appointments.

“With an internal appointment, the people know the company really well and therefore, when they make changes, they don’t throw out the good things because they know what they are. They actually eliminate the things that are not so good,” he said.

“But with an external [appointment] you gain a new perspective and gain a new level of insight into the strengths and weaknesses of the company.”

The incoming chairman stressed that he is not concerned about the challenge, adding that every major financial institution he had worked with has been involved in a major turnaround.

“Westpac is not in that position from its core business standpoint but it is from a compliance standpoint. It will require a significant amount of change. We have to fix what went wrong, make good, and ensure it never happens again,” he said.

Mr McFarlane said the focus for Westpac must be on long-term success and not on maximising short-term profits. He said finding that balance is important, with a “heavy bias” on long-term goals.

He described the current perceptions of banks as “like déjà vu”: “When I inherited ANZ, banks were hated by society. It was an election issue everytime. In order to fix these issues you have to fix the industry.”

“If you can change the industry and be good citizens, then it actually makes life so much more enjoyable. Because being hated by society is not a good leading indicator of future success,” he said.

Why McFarlane came out of retirement to chair Westpac

Westpac’s new chairman John McFarlane was living out his retirement in the UK when he got a call from Lindsay Maxsted. 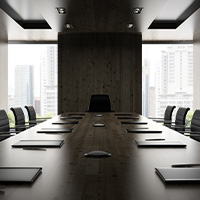