BlackRock doesn’t have all the answers

Larry Fink’s letter shows he understands the problem. But can BlackRock really provide the solution?

Earlier in January, BlackRock – the world’s largest asset manager – joined Climate Action 100+, a group that pressures companies to divest from fossil fuels. It marked a massive change for the investment giant, whose record on climate change has been shaky at best.

BlackRock supported just five of 41 climate proposals at company meetings through 2019, and was more likely to support management at fossil fuel companies, according to advocacy group Majority Action. In fact, BlackRock voted against all of Climate Action 100+ resolutions, meaning their joining the group must have been awkward. To be a fly on that wall.

But we probably shouldn’t hold past sins against them. After all, Larry Fink seems to get it. It’s rare, even within the growing ESG community, for somebody to wrap their head around the huge impact that climate change will have on not just money, but the world.

“Will cities, for example, be able to afford their infrastructure needs as climate risk reshapes the market for municipal bonds?” Mr Fink wrote in his letter to CEOs.

“What will happen to the 30-year mortgage – a key building block of finance – if lenders can’t estimate the impact of climate risk over such a long timeline, and if there is no viable market for flood or fire insurance in impacted areas? What happens to inflation, and in turn interest rates, if the cost of food climbs from drought and flooding? How can we model economic growth if emerging markets see their productivity decline due to extreme heat and other climate impacts?” he said.

Accordingly, BlackRock has opted to divest from its active thermal coal investments, ditching companies that generate more than 25 per cent of their revenues from thermal coal. While that won’t hurt many of the large diversified thermal coal miners, it’s a sensible start. Cutting thermal coal investments isn’t just a good environmental strategy, but a good investment strategy, and it shows that global finance is starting to make the shift towards the long-term thinking required for the survival of not just the planet, but their business. Fossil fuels are out, renewables are in.

But there’s a problem. Most of the money that BlackRock manages is wrapped up in passive investments, which track indexes. Indexes tend to contain the shares of the sort of companies that BlackRock’s active arm is now divesting from. Of course, there’s the question of what exactly BlackRock can do about that, and the answer is not much. At least, immediately.

Mr Fink has said that BlackRock will be doubling its offerings of ESG ETFs and working with index providers to expand and improve the universe of sustainable indices. The company will also be simplifying the process by which investors can integrate ESG into their existing portfolios by adding a fossil fuel screen and has also expanded its impact investment strategy.

But BlackRock can only do so much. Its move to join Climate Action 100+ is absolutely a step in the right direction, but the next step has to be taken by the wider investment community, and in this case BlackRock has a carrot, but no stick. The pressure is now on for investors to take advantage of BlackRock’s broadened ESG offerings to show other asset managers that acting on climate change is not just ethical, but profitable.

Mr Fink seems hopeful that such a move will materialise.

“In the discussions BlackRock has with clients around the world, more and more of them are looking to reallocate their capital into sustainable strategies,” Mr Fink wrote in his letter to CEOs.

“If 10 percent of global investors do so – or even five percent – we will witness massive capital shifts. And this dynamic will accelerate as the next generation takes the helm of government and business.”

As we approach 2030 – the date by which most scientists believe that divestment from fossil fuels needs to be accomplished – it will become more clear whether BlackRock’s move was too little, too late. But the company has at least sent a rallying call to the global investment community. Let’s hope they answer it.

BlackRock doesn’t have all the answers

Larry Fink’s letter shows he understands the problem. But can BlackRock really provide the solution? 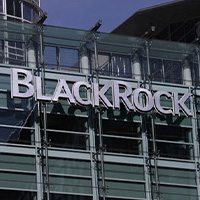