Just as fears eased about the US-China trade war, the prospect of a shooting war with Iran has given economists more to worry about.

With President Donald Trump still on track to sign a phase one trade deal on 15 January, and claiming that he would travel to Beijing to hammer out a phase two deal, it seemed as though things were looking up going into 2020.

But the shocking assassination of one of Iran’s top generals by the US has thrown the global economic outlook into certainty.

Oil prices have spiked 3 per cent, and the chances of further escalation of the conflict mean that they could go higher and stay there for much longer. Higher oil prices could lead to a drag on global consumer spending, and threaten the predicted 2020 economic recovery.

An escalation in tensions could take many forms, most of which involve the global oil supply. Attacks on oil infrastructure – while devastating – are less likely to provoke the wrath of the US due to the difficulty in justifying and planning a proportionate military response.

Iran has likely noted the efficacy of its 2019 attack on a Saudi Aramco oil production facility, which halved the company’s output for weeks. And although oil prices quickly returned to normal in the aftermath of the attack, that might not happen if it became apparent that more attacks were likely.

Further escalation could also see the strategic Strait of Hormuz – through which 25 per cent the world’s oil passes – closed. The Strait of Hormuz has long figured in conflicts in the Persian Gulf, with Iranian forces previously seizing a number of tankers as they passed through the strait in 2019.

The American response is harder to predict.

President Trump has threatened to strike 52 sites in Iran (representing the 52 American hostages taken during the 1979-81 Iran hostage crisis) in a “disproportionate matter” if Iran further threatens the US.

However, the fact that 2020 is an election year means that President Trump will be engaged in a complicated balancing act – if he can’t keep oil prices low enough that Americans don’t feel the heat, it could severely impact his chances of re-election.

At the same time, a low-intensity – and so, lower risk – conflict with Iran would play well to his strongman image now that attention has moved away from the US-China trade war.

Just as fears eased about the US-China trade war, the prospect of a shooting war with Iran has given economists more to worry about. 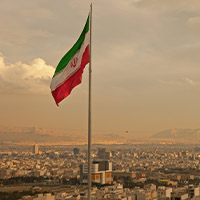