WiseTech has released a second statement addressing the latest research from J Capital, refuting many of its claims and casting doubt on others.

WiseTech singled out J Cap’s use of a non-representative sample of customers – just 13 out of thousands – and made counterclaims that global organic growth is strong, customer attrition is low, and that the report overstated their capital raising history.

“Regardless of the noise and market disruption of these short seller, self-serving and misleading claims, we will continue to strive to ensure our shareholders are informed about the fundamental performance of our business,” WiseTech CEO Richard White said in the report.

“Ultimately, the best way to protect the integrity and value of our business is to rise to the challenge and continue to deliver on what we have set out to do.”

J Capital made the claims in a pair of reports that wiped $2 billion off WiseTech’s valuation.

While some of the claims relied on research, others were outlandish.

J Cap questioned the sudden departure of chair of WiseTech’s audit committee (WiseTech claims she went on maternity leave) and said that its current CFO was unqualified for the job, despite his long history of holding CFO positions.

The report went as far as to claiming that some of WiseTech’s acquisitions had been faked, an allegation that WiseTech refuted.

The debacle has sparked debate about the responsibility of short sellers to the companies they attack, with many clamouring for increased regulation to defend Australian companies from overseas attack.

WiseTech echoed that argument in its first statement on the matter, where it asked regulators to “consider the complex issues raised and damage caused by reports of this type issued by a US or overseas short seller”.

The fact that the claims were made during trading hours, when WiseTech was unable to properly respond, also generated controversy.

“We are resolute in our vision to be the operating system of global logistics,” Mr White said in the report.

“We continue to stand strongly by our strategy, our technology and our business model, all of which together fuel significant growth and global expansion.”

WiseTech has released a second statement addressing the latest research from J Capital, refuting many of its claims and casting doubt on others. 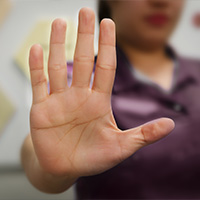