The freshly rebranded CFSGAM business kicked off its adviser roadshows by highlighting a few of the benefits of paying active management fees.

But before the sporting star took to the stage, guests at the Four Seasons Hotel event listened to three of the group’s portfolio managers discuss investment opportunities.

First up was head of Australian equities growth Dushko Bajic, who opened by explaining what investors should get for paying active fees.

“You need to be getting bespoke research that looks at all corners of the market, that generates ideas that experienced portfolio managers convert into portfolios that exceed the index return,” he explained.

Mr Bajic then expounded on his core theme for the day: tech stocks. He noted that IT companies, including healthcare, account for 12 per cent of the ASX. Take away healthcare and the sector accounts for less than 5 per cent.

“What piqued our interest in doubling down on our research into the information technology sector in Australia was Atlassian’s successful listing on the NASDAQ in 2015,” he said.

Atlassian has been one of the most covered Australian tech companies in the last five years. If the Australian Financial Review isn’t running a story on its share price, then Domain will be reporting on the real estate purchases of one of its founders.

First Sentier was eager to find out how rare Atlassian’s success was. It researched the sector and found that out of the 4,500 companies that took series A venture capitalist funding, only 75 made it through to IPO. Only 36 have become dominant category winners.

Mr Bajic then focused on ASX tech darling WiseTech for the rest of his presentation. Like Atlassian, WiseTech Global is a company that has dominated the financial press. The company’s success should not be news to anyone who has read a copy of the AFR in the last few years.

WiseTech’s P/E ratio is currently 194. But as Mr Bajic explained, the free float of the company is owned by offshore investors: “It’s not just Australian investors who rate this company,” he said. Mr Bajic pointed to Salesforce as an example of a stock that has managed to deliver significant growth despite an average P/E of 98 over the last 15 years.

However, not all fund managers are sold on the tech stocks, particularly those that offer software-as-a-services (SaaS). At the Platinum Asset Management roadshow back in May, founder and chief executive Andrew Clifford said the problem with investing in a SaaS stock is that “everyone knows the story, everyone wants to be invested in the cloud and the valuations are extraordinary”.

“Many of these companies trade and 15 to 25 times sales. Not profits,” he said. “We think it is a necessity to avoid these highly valued stocks.”

The rest of the First Sentier roadshow this week included presentations by portfolio manager Dawn Kanelleas and Peter Meany, who heads up global-listed infrastructure at the asset manager.

“Perfect waffles, without making a mess!” the portfolio manager quipped. “The broad spectrum of challenges that Breville seeks to solve in the small domestic appliance segment is what makes the company unique,” she said.

Before Mr Waugh was brought on, infrastructure head Mr Meany showed the audience a few pictures of various roads, ports and airports that the asset manager has invested in. One included a team member on top of a fire truck, hosing down a tarmac runway.

The French word “sentier” means path or pathway. The group’s CEO Mark Steinberg explains to Ray Martin on a video interview on the First Sentier website that the group carves its own path when it comes to investment management.

“We don’t necessarily follow the well-trodden path. We have forged our own ways, we have created our own pathways and we are not afraid to go down those paths,” he said.

The freshly rebranded CFSGAM business kicked off its adviser roadshows by highlighting a few of the benefits of paying active management fees. 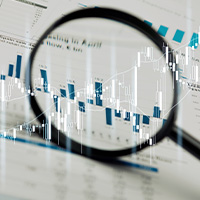