How fund managers lost billions on a ‘tempting trade’

EXCLUSIVE Emerging market debt can be an attractive play for investors scouring the globe for yield. But one trade was just too good for fund managers to pass up.

Donald Trump and Boris Johnson have been a blessing to emerging market debt (EMD) managers. The leaders of the free world are emblematic of what many EMD traders see as the political instability and volatility of the developed world. And, by contrast, the investment opportunities in emerging markets. But political issues can still trigger devastating losses for fixed-income managers that back the wrong horse.

All hell broker loose back in August when Argentina’s left-wing politician Alberto Fernandez defeated the incumbent president Mauricio Macri in a primary election on the weekend of 11 August.

Elections are one of the key market movers that bond investors keep a close eye on. But the win by Mr Fernandez triggered major volatility and panic among fund managers with sizeable positions in Argentinian assets after its currency plummeted, share market crashed and the 100-year bond price fell off a cliff. Needless to say, investors lost billions.

According to Aberdeen Standard Investments (ASI) investment director of emerging market debt Kieran Curtis, many fund managers were lured by the attractive returns of Argentina. Before they got burned.

“In our view, the political outcome was not unforeseeable. [Mr] Macri has tried very hard to improve some of the institutions that have been governing Argentina. But the fact is the economy has done very poorly for the last four or five years,” Mr Curtis said. “We were surprised that the market was so surprised by the outcome of the election,” he said.

However, the London-based EMD manager told Investor Daily that the magnitude of the opposition’s win – Mr Fernandez received 47.7 per cent of the vote to Mr Macri’s 32.1 per cent – was a surprise. Perhaps investors were blinded by the almost unbelievable returns that Argentina’s assets were yielding.

“Argentina has been a very tempting trade, particularly in the local markets,” Mr Curtis said. “There were some instruments you could buy that were yielding 70 per cent.”

You need a lot of currency weakness to offset an investment giving you a 70 per cent return, he said. Earlier this year ASI had been involved in Argentina but had gradually been reducing its exposure in the months leading up to the election. Many fund managers chose to hold and took a serious haircut.

“It was quite a widely held position in the market,” Mr Curtis said. “You had this very high yield and the backing of one of the biggest IMF deals ever. It looked solid,” he said.

“We managed to liquidate almost all of our Argentina position ahead of that weekend. We made that decision fairly early on.”

Investing in a country means the risks need to be quantified. Everyone knows that high returns are only so because they carry greater risks. Research is critical.

Right now, ASI’s biggest position is in Mexcio, which has been a patient play but is now starting to deliver.

Mr Curtis said the fund manager watched Mexico’s economy turn south following the election of Mr Trump in 2016, saw interest rates rise ahead of the Fed and waited for a Mexican election result and economic plan before buying.

“It has taken until August this year before the first interest rate cut came. We had another cut last month and we expect that to continue. Those cuts are lifting the value of the bonds,” he said.

How fund managers lost billions on a ‘tempting trade’

EXCLUSIVE Emerging market debt can be an attractive play for investors scouring the globe for yield. But one trade was just too good for fund managers to pass up. 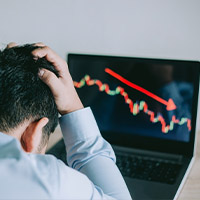