A former NAB branch manager has pleaded guilty to one count of intention to defraud by false or misleading statement.

Mathew Alwan was found by an ASIC investigation to have dishonestly made false and misleading statements to NAB in relation to 24 home loan applications.

Mr Alwan had told the bank that a NAB introducer had referred the 24 borrowers under the loan applications to the bank that he knew were not true.

The NAB introducer he claimed had assisted in the loan application was Mr Alwan’s uncle operating under the business name Suit Club.

The NAB introducer program was a “spot and refer” program operated by NAB since 2000, which allowed third-party introducers registered with the bank to refer the details of potential borrowers.

If those borrowers subsequently took out a loan, then the introducer would receive a percentage of the loan amount as a commission.

The program has been a source of many problems for the bank and was investigated in 2015 by KPMG, which found it to have potential links to organised crime and terrorist financing.

The program is set to be terminated on 1 October this year after NAB reported to ASIC in 2016 that it had uncovered that bankers like Mr Alwan were engaged in fraudulent misconduct.

Over 20 staff were sacked and many more disciplined, with the misconduct later featured in the first case study before the royal commission.

Mr Alwan was permanently banned in 2018 from engaging in credit activities and providing financial services after having received $56,995 from NAB in commissions.

Mr Alwan will appear before the court on 1 October 2019 for sentence.

A former NAB branch manager has pleaded guilty to one count of intention to defraud by false or misleading statement. 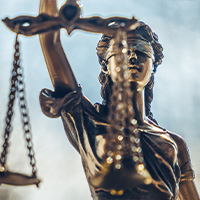