The probability of a recession is much higher than what global equities are reflecting with the yield curve, according to Saxo Bank.

In Saxo Bank’s latest quarterly outlook, the bank has shared that the leading indications are sending strong warning signals to investors about an upcoming recession.

Some of these indicators were the growth slowdown in the US and other macro events that were leaving companies scrambling.

“Companies globally are scrambling to make sense of the trade war, Brexit and the disintermediation of a multilateral system in a world where environmental costs are about to explode, driven by consumer concerns and a green politician moving into the driver seat,” said chief economist and chief investment officer at Saxo Steen Jakobsen.

Mr Jakobsen said central banks had been panicking and cutting interest rates while politicians seemed to be warming to the idea of modern monetary theory.

“The credit impulses globally continue to indicate that the economic low point is ahead of us, not behind us. Our model indicates that it lies in the third quarter for China, and in the first to second quarter for the US, UK and Europe,” he said.

Globalisation had reached its maximum, said Mr Jakobsen, and the focus on environmental impacts, but central banks were focusing on excessively low inflation.

“From anti-globalisation, higher unit cost of production due to environmental considerations, a fiscal push into infrastructure and shoring up injured global supply chains – all that creates a massive repeat of the 1970s global supply shock.

“By the summer of 2020 – one year from now – we will have seen the end of any belief in monetary policy moving the needle and will be witnessing extravagant spending driving inflation to levels beyond anyone’s expectations, just a couple of quarters after inflation, once again, has been pronounced dead.”

In Australia, the Reserve Bank had already begun its series of cuts, and Saxo Bank’s market strategist, Elanor Creagh, said it could bottom out at 0.5 per cent by next year.

Governments were shirking from their responsibilities, said Ms Creagh, but in fact stimulus was ineffective for the challenges we faced.

“So, rather than relying on central bankers to clean up the mess, the government must deliver productivity-enhancing reforms, infrastructure spending and other fiscal measures to restore confidence and start a self-sustaining recovery in economic growth,” she said.

The RBA did have to step in to do some heavy lifting but hopefully did not have to resort to unorthodox measures, said Ms Creagh.

“Although the RBA hopes it will not need to resort to unorthodox measures, once the conventional policy toolkit has been exhausted, the RBA would probably turn to quantitative easing if the economic outlook were to deteriorate further. Asset purchase programs could take several forms, depending on the objective.”

The probability of a recession is much higher than what global equities are reflecting with the yield curve, according to Saxo Bank. 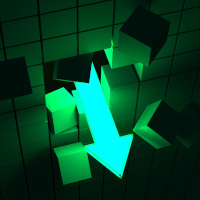