Key measures have come into effect as of 1 July that the government says will help with the cost of living and help promote a stronger economy.

Treasurer Josh Frydenberg released a statement detailing the measures that are coming that will impact a number of financial institutions, including corporate tax changes and superannuation changes.

One of the major incoming changes is the Protecting Your Superannuation package to safeguard super savings from excessive fees, unnecessary insurance and the costs of multiple accounts.

Super funds have already notified members of the changes that will cap certain fees on balances less than $6,000 and will ban exit fees.

These are important changes for super funds to acknowledge particularly given the rise of class actions against wealth groups for past actions that resulted in excessive fees.

Insurance is now also opt-in for inactive accounts, and the ATO will be allowed to automatically consolidate inactive low-balance accounts.

ASFA deputy chief executive Glen McCrea said these amendments address practical implementation concerns that had been raised by the industry.

The ASFA also welcomed the Assistant Minister for Superannuation Jane Hume's announcement that the Government would proceed with the deferral of the extension of SuperStream to SMSF rollovers to 2021.

“We are encouraged to see Australians use the measure to improve flexibility and living standards in retirement” said Mr McCrea.

The other government measure that changed on the first was the Personal Income Tax Plan which was already passed to provide a benefit to low and middle-income earners, with additional tax relief being the priority for Parliament when it resumes this week.

However, the three-phase tax program is being presented in one piece of legislation rather than as separate articles, which could create problems for the government.

Labor and other independents had previously indicated that they would not pass phase three of the plan but are willing to pass the other two proposals.

“We think that stage three, at a cost of some $95 billion down the track, for an economy which is very soft at the moment, which no one can say what the economy looks like in 2024-25, is really a triumph of hope over economic reality,” he said.

Phase one and two were supported by the opposition party, but Mr Albanese wanted phase two to be brought forward from 2022.

In fact on day one of parliament sitting Labor brought forward amendments to bring forward part of stage 2 and to take stage 3 out of the bills before parliament.

Mr Frydenberg took the Donald Trump way of announcing policy by posting on Twitter that they would not split up the tax phases.

“Earth to Labor. You lost the election. The Aust people voted for our tax cuts not your tax hikes. We’re not splitting our tax plan. It’s time @AlboMP passed the tax cuts in full as @fitzhunter said today ‘you can’t deny the punters a tax cut from opposition’,” tweeted Mr Frydenberg.

Other changes underway include new measures to tighten the corporate tax system and ensure foreign investors pay their fair share.

The ATO will also receive $42.1 million over four years to increase activities to recover unpaid tax and super liabilities, including from large corporate entities and high-wealth individuals.

Key measures have come into effect as of 1 July that the government says will help with the cost of living and help promote a stronger economy. 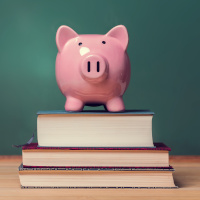