Yellow Brick Road founder and chairman Mark Bouris has been found by the electoral watchdog of breaching electoral laws by robo-calling voters warning them to vote against labor.

This is not the first time Mark Bouris’ name has been brought up during the election cycle as Mr Bouris was revealed to have donated $10,000 last year to the Queensland branch of Pauline Hanson’s far-right wing party One Nation.

Now it seems the founder of Wizard Home Loans has been warning the public of Labor’s plan to change negative gearing legislation in a series of robo-calls to Australians on Wednesday night.

In the call, Mr Bouris said that Labors policy would cause house prices to plummet and rents to go up.

“If Labor wins and they bring in negative gearing changes and the capital gains tax changes, house prices will fall, they’ll continue to fall at a very rapid rate.

The voicemail included an introduction at the start where he failed to include authorisation, leaving listeners unable to determine whether Mr Bouris was speaking on a party’s behalf.

The Australian Electoral Commission has said this failure is a technical breach of authorisation requirements and it would contact Mr Bouris to remind him of this.

“This is an electoral communication that requires an authorisation because it advises against voting for the ALP.

“As you note the authorisation must be at the start of the call and only needs the caller’s name and town or city in which they reside (unless doing on behalf of another organisation in which case the details of the organisation are required),” said a spokesperson for the AEC.

The attack on the policy by Mr Bouris is in line with the Coalition’s campaign against the negative gearing changes.

Prime Minister Scott Morrison has claimed that rents could go up by as much as 15 per cent under the policy.

“Labor has policy that will erode the value of Australians’ homes and push up people’s rent,” Mr Morrison told reporters during the week.

However, these claims have been disputed both by the Treasury and The Grattan Institute among others.

It has been revealed that the Treasury explicitly told the government that it should not claim home values would fall under the proposal.

In an email obtained by the national broadcaster, the Treasury told then-acting Treasurer Kelly O’Dwyer last year that in the long-term the proposal would not have any impact.

"We said that they ‘could’ put downward pressure on house prices in the short-term depending on what else was going on in the market at the time.

"But in the long-term they were unlikely to have much impact,” said the Treasury.

“Ultimately, the winners from the change are the 89 per cent of nurses, 87 per cent of teachers and all the other hard-working taxpayers who don’t negatively gear. Winding back tax concessions that do not have a strong economic justification means the government can reduce other taxes, provide more services or improve the budget bottom line,” said Ms Woods.

Ms Woods said that even renters needed to not fear the changes as Labor’s policy leaves in place negative gearing tax write-off’s for new homes.

“And renters need not fear Labor’s policy. Fewer investors does mean fewer rental properties, but those properties don’t disappear – home buyers move in, and so there are also fewer renters.”

Yellow Brick Road founder and chairman Mark Bouris has been found by the electoral watchdog of breaching electoral laws by robo-calling voters warning them to vote against labor. 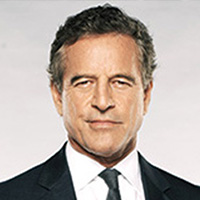