Investors have a role to play in ending modern slavery

The Financial Sector Commission on Modern Slavery and Human Trafficking has begun its third global consultation in Sydney and has said that the financial sector has a role in play in ending modern slavery.

Launched at the United Nations General Assembly last year the commission is made up of a partnership between the governments of Liechtenstein, Australia, the Netherlands, the UN University in New York and a variety of banks and associations.

The chair of the commission, Fiona Reynolds, told Investor Daily that there were an estimated 40 million people in modern day slavery and that the financial sector had a role to play in eliminating that.

“There [are] many different aspects to modern slavery, to human rights in general, but what is the role of the financial sector?” she said.

The overarching aim of the commission is to create a roadmap, said Ms Reynolds, with practical steps that institutions can make.

“I think one of the key things about the commission is also that we're not aiming to just write a report, we really want you to come up with practical things that can be done, and then implement those things,” she said.

This is the third consultation by the commission with the previous two focusing on the analytical aspects of the sector and what investors should do to ensure they are not investing in exposed companies.

Dr James Cockayne, head of the commission’s secretariat and director of the UN’s University Centre for policy research said that the Australian consultation was focused on innovation.

“How can the financial sectors, in particular digital innovators, help extend financial inclusion to populations that might otherwise be at risk of modern slavery?

“And of course, also the commission will be thinking a lot about the Modern Slavery Act, which has just been adopted here,” said Dr Cockayne.

The commission was welcomed to Australia by Senator Marise Payne, foreign minister of Australia and co-convenor of the commission.

“We welcome the Financial Sector Commission on Modern Slavery and Human Trafficking to Australia and are delighted to support this important initiative.

“Our nation has taken a comprehensive approach to combating human trafficking and modern slavery. Australia’s Modern Slavery Act 2018 aims to improve transparency and ethical recruitment practices within both the private sector and public procurement supply chains,” she said.

Investor Daily spoke inclusively to the commission and will be releasing a series of Modern Slavery discussions next week.

Investors have a role to play in ending modern slavery

The Financial Sector Commission on Modern Slavery and Human Trafficking has begun its third global consultation in Sydney and has said that the financial sector has a role in play in ending modern slavery. 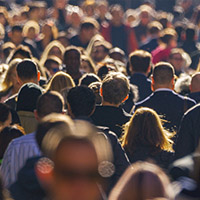